Ten ships of various sizes (1-deck, 2-deck, 3-deck, 4 deck) is involved in fight from each side. First, you, as the true admiral, should place your ships so, that it was difficult to opponent to find them. Further, during battle, players try to Guess location of the ships and to destroy them, shooting on water area of the opponent. The ship is destroyed, if all its decks have been burnt. Additional shots accumulates after several moves. Players can shoot a volley - a series of shots during one move. The player that the first has destroy all opponent ships wins.
​ 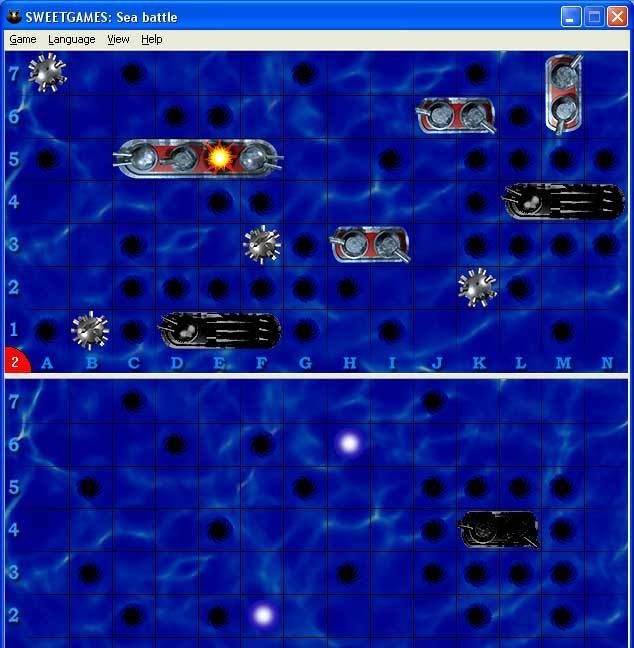