Storyline: In the midst of the Twilight, Vivian, Marilyn, and Beldam were watching the Clouds, while all the sudden Marilyn was attacked. Beldam promised to avenge her death, but before she could, she was blasted away from the regions of the Twilight Realm forever. Kammy swooped down and kidnapped the poor weakling, Vivian. It is up to Mario to collect the 6 moons, which wield the power to the Realm of the 1,000th Twilight. Once he is there, he is to save Vivian, and ressurect Marilyn and Beldam.Opponents:Goomba: It will bite your foot off, jump on it!Koopa Troopa: Turn it into a shell, and kick it!Koopa Paratroopa: Jump on it to turn it back to normal!Shy Guy: Throw a Fireball at it!Pirahna Plant: Stay away from it or die!Blooper: Throw 2 or more fireballs or Jump Over it carefully!Buzzy Bombs: Fireballs will not do, so jump on it, and run away!Pokey: Set a Buzzy Bomb off in front of it!Dry Bomb: Stomp on it, to stun it! If you throw fire at it, when it`s stunned, it will EXPLODE!Roto Disk: Stay away from it!Phanto: Pick up the key and run away from the Phanto (drop the key occasionally)!Penguin: Leave them be!Bullet Bill: Jump it or Dodge it!Whomp: Jump on them to get a boost, but once they fall, they will EXPLODE!Controls:Shift: Enter Password on Title Screen/Jump (There are 3 passwords that you can find)Control: Throw Fireball/Run (hold)Arrows: ArrowsSpacebar: Change Window ModeBackspace: Restart RoomF1: Help
​ 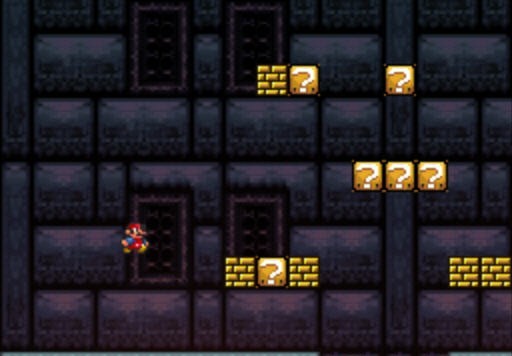 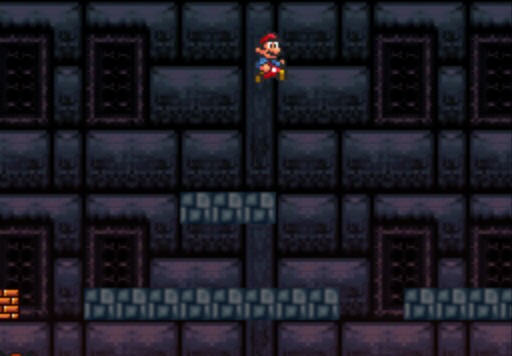 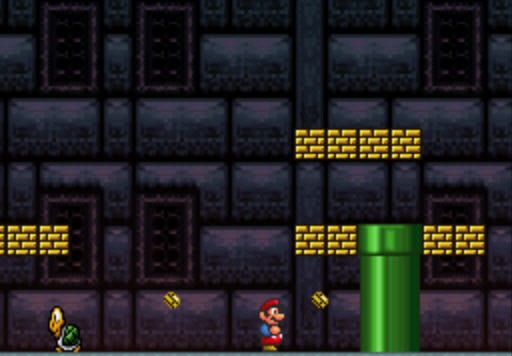 Like Mario Game: Super Mario: Realm of the 1,000th Twilight