Trikanoid is a remake of the Famous Arkanoid arcade game, from the 80`s. All features of the original game have been implemented, like all the different power-ups, the annoying, but sometimes useful aliens and such. Since both the main authors did own a ZX Spectrum back in time, emphasis has been put on implementing some of the uniqueness of the ZX Spectrum implementation that were released for this machine. Instead of making a true nostalgically remake of Arkanoid (Monochrome graphics, synthetic sounds), the aim of Trikanoid was to implement the same idea on modern computers of today. Features Trikanoid features the following • 33 different levels • End of game Monster (Doh) at level 33 • Stunning graphics • Different background for each level • Animations • Graphical effects • High quality music • 8 different in game music scores • 8 diffent in game soundscapes • 4 additional scores, for menu, game won etc. •Gripping sound effects and voices • A cool `old school` intro to the game• And a lot of other goodies
​ 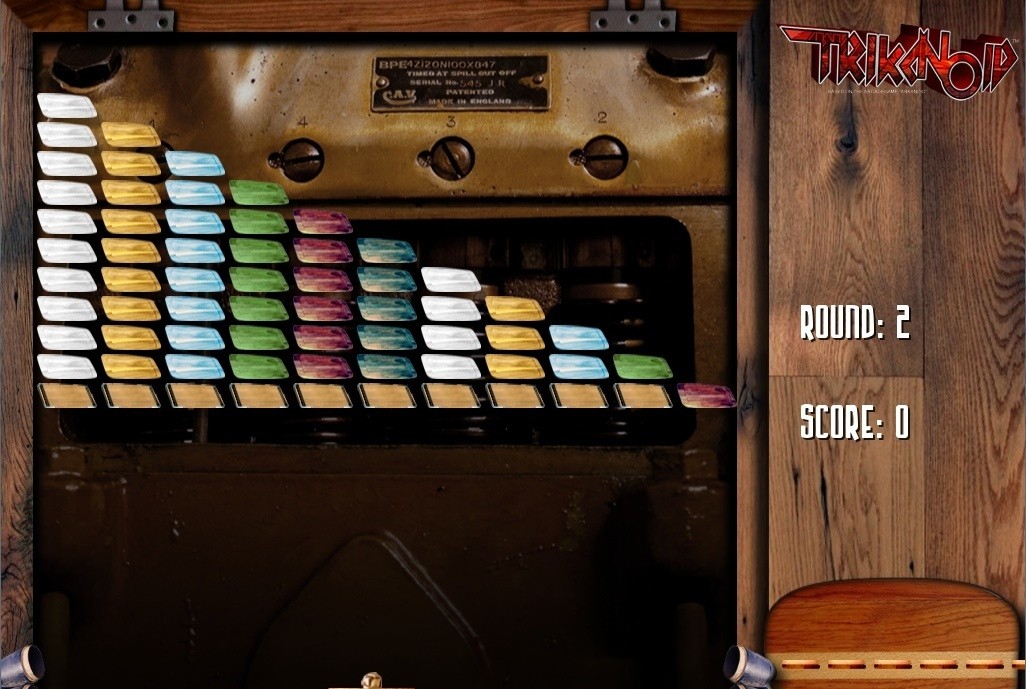