: In TERA players fully control their characters using the game’s dynamic battle system. Player actions can change the balance of power in a world threatened by dark powers as seven allied races try to work together to protect their lands from marauding monsters, UnderWorld dwellers, and evil scheming Gods. TERA’s groundbreaking combat system will set a new standard in MMORPGs, offering all of the depth of an MMO with the intensity and gratification of an action game.TERA’s innovative action combat system allows players to step into a world where their actions, teamwork, and daring combat expertise - not statistics - give them a chance to become true heroes.The real-time dynamic battle system gives players more control and constant involvement in the action! No more point-and-click or repetitive cycling through a palette of spells and skills. Rather than locking onto targets automatically, the position of your character and the timing of attacks, blocks, and dodges determine the outcome of each confrontation. As a result, combat is more intuitive, exciting, and realistic.In TERA, players impact the world directly, dictating the flow of the economy and maneuvering through a dynamic political system. Players are free to choose their alliances and enemies, rather than being locked into a specific faction based on their character’s race. Teamwork matters more than race or class, as players face off against an array of terrifying foes that threaten their world.TERA will support game controllers at launch, enabling players to take TERA to their living room for a console experience on a media PC, or use the keyboard and mouse at their desktop PC for a more traditional MMO experience.
​ 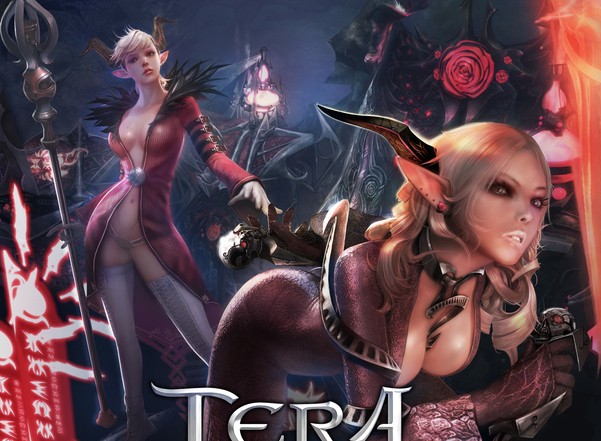