Editor: In Super Mario Bandit Bros, you are – as title says – a bandit, a common thief, whose main goal is to get as much money, as possible, by stealing the coins and trading found Koopa shells for gold. The gameplay is similar to that known from other Mario games – it is still a platform game, in which you have to jump, run, bounce onto the enemies to Beat them or Dodge them to get to the end of the level. However, remember that you are a bandit – simply getting to the end of a stage is not enough! You have to collect an accurate enough of money to pass. Download Super Mario Bandit Bros and admit that sometimes it is good to be bad!
​ 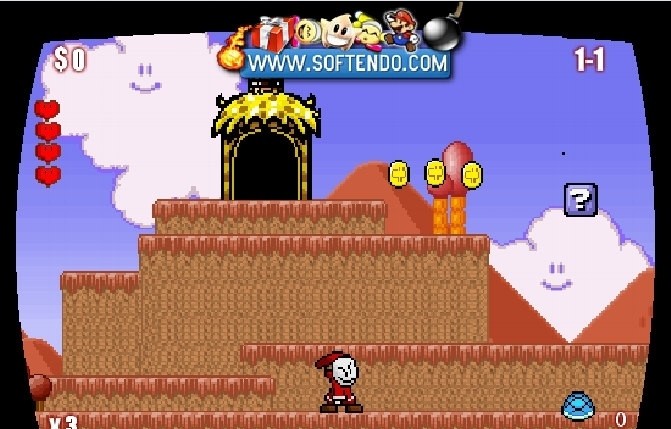