EditBy: Super Mario Bros 3 is an another remake of Super Mario Bros – a traditional platform game. There is a really large amount of great Mario games to be found on the various gaming sites – but it would be a lie to say that Super Mario Bros 3 is one of them. Game has six levels set on two worlds, but... they all look exactly the same – the scenery, kinds and locations of the enemies and coins – all the levels are identical, so in fact the game is only one level large. Playing this one level is really pleasant, but since it is repeated the whole game, Super Mario Bros 3 becomes simply boring. It is probably some bug in the game that needs to be fixed – but for now, the download of Super Mario Bros 3 is only recommended to the biggest Mario fans who want to complete every Mario game that exists. Super Mario Bros 3 has an option to save your game, which would be really useful if the levels differed from each other. However, this game is great for time attack players – it was made in a way that allows the player to Beat it in a really short time, almost without stopping. Enjoy!
​ 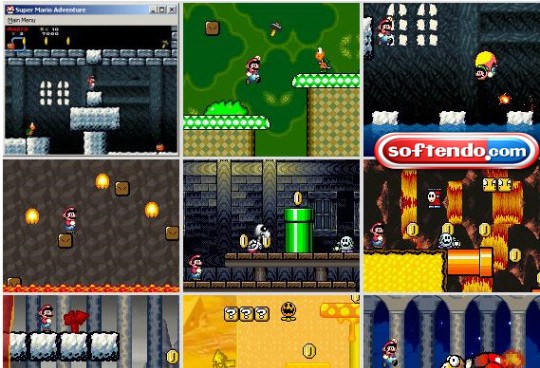