EditBy: Defend your team`s flag using Yakko, Wakko, and Dot and their paint guns. Animaniacs: Splat Ball is an action game that pits you against Ralph the Guard, Dr. Scratchansniff, Thaddeus J. Plotz, and The Director in an unconventional game of Capture The Flag. You can control Yakko, Wakko, and Dot, who are equipped with paint guns, as you defend their flag and Venture into enemy territory to capture your opponent`s flag.Your objective is to be crowned the "Sultan of Splat Ball". To do this, you must advance through a series of progressively harder amateur, professional, and all-star competitions. Levels are based on the "Capture the Flag" game play using balloons instead of flags. The objective of each level is to capture your opponent`s balloon and bring it to your home base, placing it on top of your team`s balloon to score a point. Once you have successfully captured four balloons, you win the level and the points assigned to it.A character can be hit with the opponent`s paint, or paint from an object, a number of times based on the character`s size, before they become uncontrollable.
​ 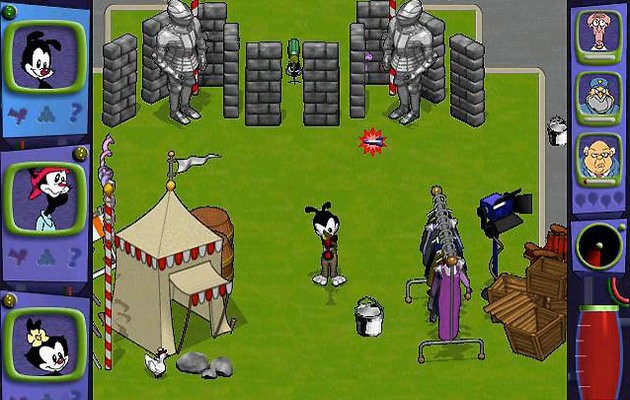 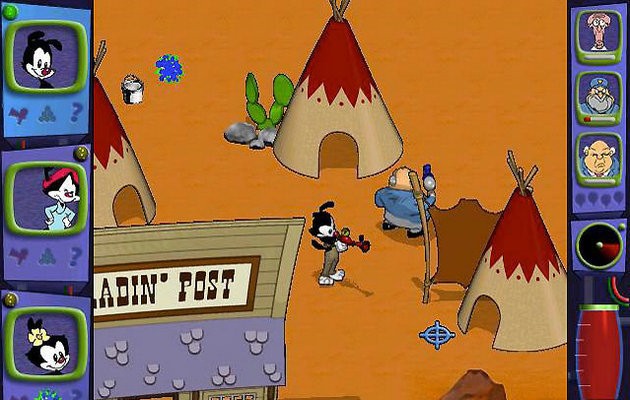