Bombing the Reich is a detailed simulation of the Allied strategic bombing campaign against Germany in World WAR 2. All important industry and military installations in Europe are present. The strategic map ranges from Minsk to the French Atlantic coast and from Scotland to North Africa. There are several campaign settings, the longest starts in autumn 1943 and ends in spring/summer 1945. The Axis industry is interconnected and all branches depend on each other in some way. This allows the Allied player to choose Between various strategies. The German player can Influence his aircraft production, even researching new aircraft is possible, thus modifying the availability date of certain planes. Combat is modeled in detail down to the individual plane / pilot. Each pilot can gain experience, has a morale value and a kill rating. The game distinguishes between day and night combat (night fighters are present, special night fighting Tactics can be used). Overall score is measured through damage sustained by the German industry, German towns and the readiness of the Luftwaffe. When the Allied player reaches a certain score, the war will be over (otherwise the campaign will end automatically depending on the scenario chosen).
​ 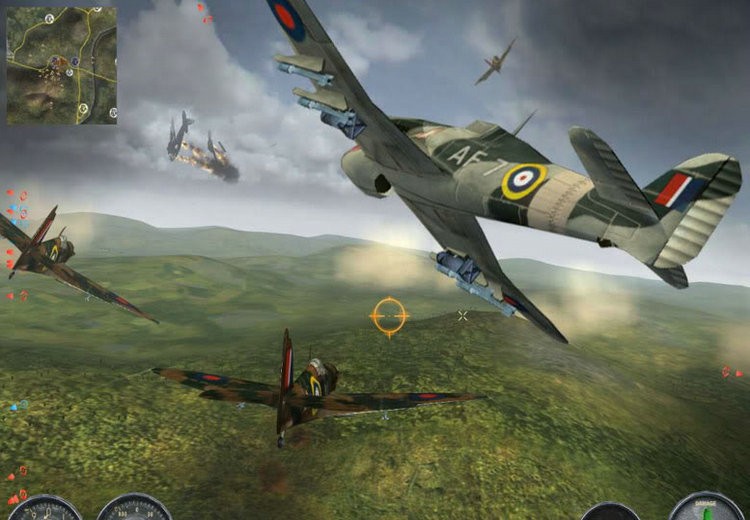