Prepare for ground assault. If you have what it takes to command a battalion of AT-ATs, or to defend the Rebel Stronghold at Hoth, then prove it in Star Wars: Force Commander, an intense real-time ground combat experience like no other. As you weave through the epic story line, lead both the Empire`s monolithic military might and the ragtag-yet-resourceful Rebels. Keep your WAR machine humming in singleplayer and multiplayer modes. The ultrarealistic 3D terrain and vehicles give you The Power to guide your troops to victory. This is war. This is Force Commander.
​ 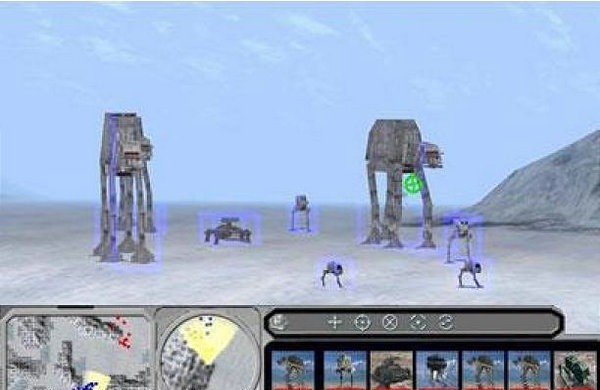