: The game itself can be described as a wargame settled on the "operational" point of view. That means action takes place anywhere Between tactical and (grand-) strategical level. Though, most pre-made scenarios that come with the game, tend to play on a strategical level (this also applies to most of the custom scenarios found on the the net). The main part of the game is the scenario editor. With this tool one may Create virtually any armed conflict from 1900 `til 2000. Formations ranging from Company- to army-sized units can be created. Every unit consist of a set of equipment (like Infantry squads, mortars, at-guns, tanks, etc.). Each force my have several hundred units. Map-size is also very big (e.g. a quite detailed map of USA is no problem) with up to 200 individually nameable places (like cities, hills etc.). A powerful "event editor" is included allowing the player to program special events. The scenario editor (and thus the game) may be used/played in two versions: normal (opart) and big (opart 300). With using opart300 one may create even bigger armies with using bigger maps. There are many more editor/game features, to much to list them all...
​ 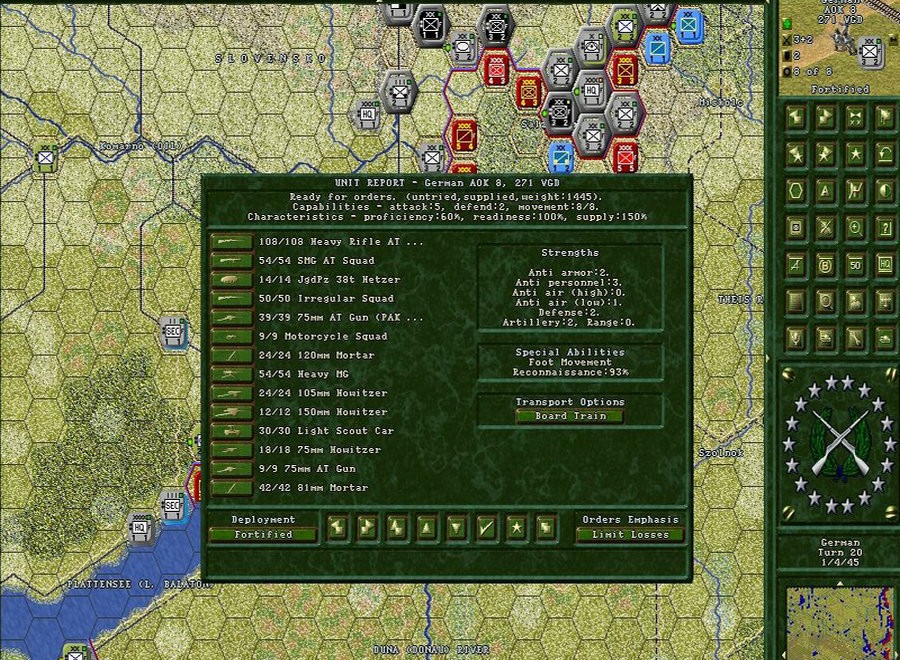