In keeping with the film`s story, the game takes place on a 1950s Yorkshire chicken FARM and follows a group of lovable chickens as they try to break out of confinement.Players must help Ginger and her flock make a break for freedom while avoiding the evil Mrs. Tweedy and her oafish husband, who want to turn them into chicken pies.When an American rooster named Rocky lands in the farm, Ginger sees her chance: these chickens won`t cross the road - they`ll fly the coop. Together, they prove that chickens are anything but chicken, as they engage in a daring and spectacular escape.Set in a 3-D world that reflects the film`s style, design, and atmosphere, the gameplay emphasizes stealthy exploration. The aim of the game is to sneak your way around the farm and gather objects that are necessary to your escape plan.Throughout the game, there are opportunities to control different characters who star in the film - Rocky, Ginger, Nick, and Fetcher.
​ 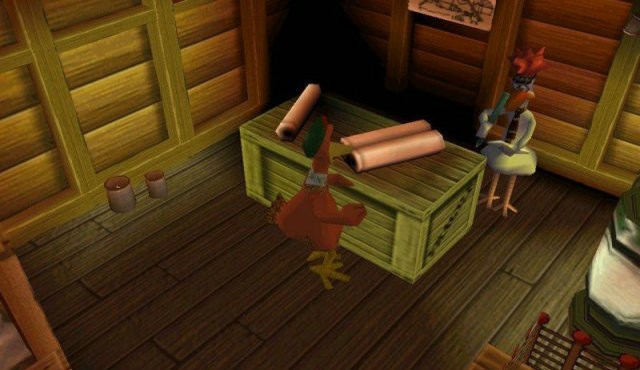