: Future. Thousands of scientists, writers, yes even simply charlatans attempted to predict it. But no one assumed that the reality will be wrapped up by this nightmare. Humanity not is lonely in the universe. Ten, hundreds of extraterrestrial races wage bloody wars for the right of the colonization of our galaxy. Earthlings are forced to send the elite parts of their starry fleet in order to return to themselves four strategically important sectors. You - novice, pilot 104, who recently finished starry academy. And to you falls out the honor to play the key role in this the great and undoubtedly dangerous mission. Mission: "Col4ris".At the given moment the starry fleet of earthlings already suffered several crushing defeats. Humanity proved to be on the face of enslavement... And if mission "Col4ris" is failed, nothing will no longer save us from the loss!In the future, many alien races battle fiercely for the galaxy`s colonization. EARTH sent its most powerful armada to recover four strategic sectors. You, as the rookie pilot 104, assigned to join the greatest and most dangerous mission. Codename:".SOLARIS".Fourteen stages with a wide range of alien menaces generated with pre-rendered graphics to test your skills, SOLARIS 104 brings back the good "old-school" arcade side-scrolling shooting action with a flavor of today`s technology in this brand new game for the PC.Special features of the game:fourteen stunning levelshundreds of the different enemiestens of the technologically effective viewsvideo of the highest qualitythe unique detailing of the drawingsteep retro -soundtrek
​ 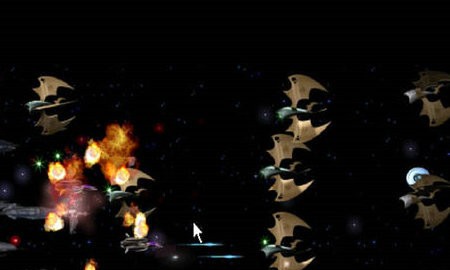