The cartoonish Rayman takes center stage in a story that involves some thieving pirates who threaten to take over his world--by enslaving the inhabitants and selling them to a space circus! To save the planet, Rayman must find a way to stop them.Using your smarts, you`ll have to solve several puzzles in the demo, which takes place in a colorful and cartoonish landscape. Along the way, you will battle with many angry pirates, Dodge fireballs, explore a castle, and more. Pirates have taken over Rayman`s world and imprisoned him and most of his friends. Rayman has escaped from the pirates, but he needs to regain his powers in order to free his friends from the pirates and their boss, the evil Razorbeard. Ly the fairy is the only one who can help him, but she too has been captured by the pirates. To free her, Rayman must battle pirates and disable the machine that has placed her in suspension. The pirates have Broken the primordial energy of the world into a thousand pieces called "lums." Rayman needs to recover these lums in order to regain his powers. Also, the red lums contain vital energy that can restore Rayman`s health.
​ 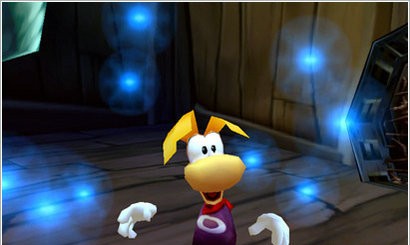