The game takes place on the planet of Redavi, where a small group of humans has founded a Colony despite the hostile atmospheric conditions. Everything on Redavi is going along fine until a small meteorite lands - a meteorite that Turns out to be The Escape pod of an alien race desperate to flee a dying planet. It soon becomes apparent that coexistence is not a word that these creatures understand. So over the course of 26 single-player missions, you must lead your small and ill-equipped band of colonists in a life-and-death struggle against the alien menace.Most of the missions are well designed with nicely varied and (in a sci-fi sort of way) believable objectives. Also, several of the missions include multiple objectives, some of which become clear only after you achieve your initial goals. For example, on one mission you must rescue your commander before the aliens suck the life out of him, since he`s the only guy who can call for help. Once he`s revived, you have to use him to call in reinforcements before you go after the rest of the Alien Horde. Other mission goals include luring the aliens into a deadly ambush and researching new weapons technologies for use against the slimy menace.
​ 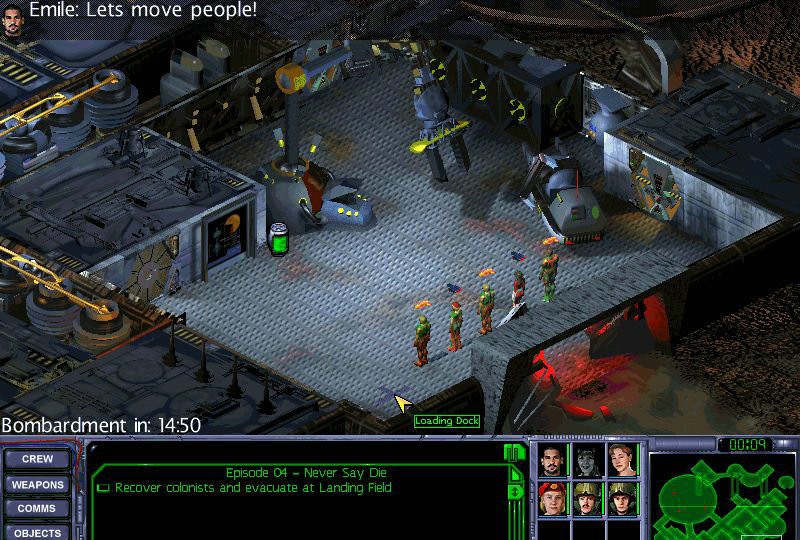