Few things Beat the all-out sporting spectacle of a big rugby match, as so many elements of skill, true grit and inspiration Clash. There`s the crunch of a tackle, the grace of a perfectly timed run, the slick handling of great passing, and the nail-biting tension of game winning kicks... Rugby is an intensely physical game, brought to your PC in all its glory and detail. Strategy and Tactics are there to help you win. Hone your skills and finely tune your set-piece techniques in the game`s Training Mode, put your tactical Acumen to the test in a Friendly match and then take on the best in the world the greatest rugby tournaments in the world. And listen to the insightful commentary provided by the voice of Rugby, Bill McLaren, along with Jamie Salmon. International teams have never been closer in terms of skill and determination to win. The guts and ability of teams from the North have matched Southern Hemisphere play, so long regarded as almost unbeatable. It`s fair to say that today`s games are some of the best ever played on all kinds of tactical and strategic levels. PC Rugby brings all this under your control.
​ 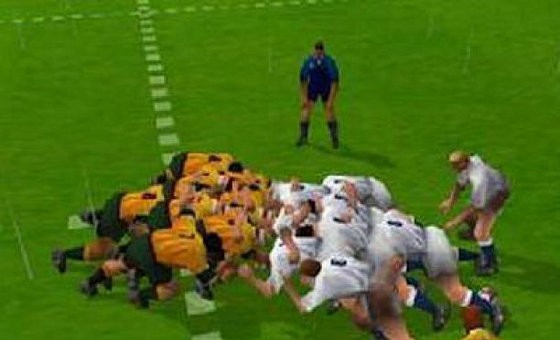 World Skill Rugby 2001 Mclaren Along With