is a Maelstrom of racing mayhem and high speed carnage in a futuristic world of the walking dead. Since the beginning of the 21st Century the ultra-rich have come to dominate the entire planet. Gradually they moved away from the crime-ridden cesspits that humanity`s cities had become into pleasant communities called "Subates". For the people left behind to fester and rot in the ghettos though, the future was very bleak. The inequality of the situation created growing hatred and anger, inevitably violence erupted. In the chaos that followed, sporadically organized gangs sought to exact Revenge on the only thing that wasn`t already a wreck - the Subates. As a last ditch measure, the Subates` security Forces decided to isolate the ghettos by building huge walls around them, creating city-sized prisons. The Subates could once again relax into their routine of coffee mornings and peaceful Sunday afternoons, while the rest of humanity suffered in a post-nuclear hell with no possibility of escape. But is escape impossible? This is the world you will try to escape from or die trying...
​ 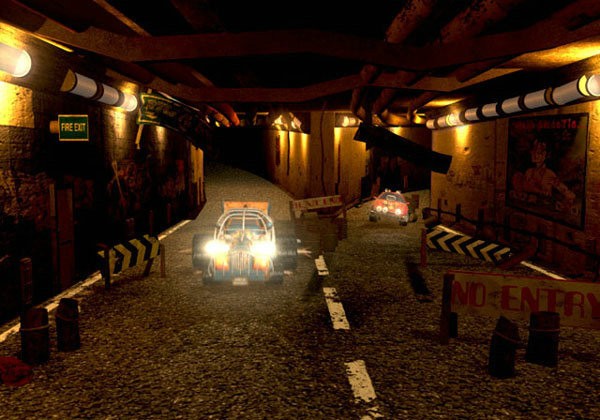