Septerra is a world which is composed of "layers" - continents that Spin Around the planet center. In the center is the Core, a kind of a living computer. According to the legends, the Creator of Septerra left there a precious Gift - an Artifact that grants the one who possesses it legendary powers. Septerra is controlled by the Chosen, who live at the top of the world, consuming massive amounts of energy and throwing the "waste" down, to lower levels. You control Maya, a "junk Scavenger" who lives among those wastes and earns the living collecting junk. Unexpectedly, she comes into contact with the Chosen. It appears that their goal is to reach the legendary Gift. Maya and her friends decide to face the Chosen, and ultimately to discover the true history of the planet.Septerra Core is a console-style RPG. Set in a futuristic environment, it tries to recreate the spirit of Japanese RPGs on PC. The game`s design is close to Japanese anime, and the emphasis of the game is clearly on the story, rather than on role-playing and exploring. The combat is turn-based. The characters have several levels of physical attacks, can also cast and combine magic spells, as well as summon legendary creatures to help them in battles.
​ 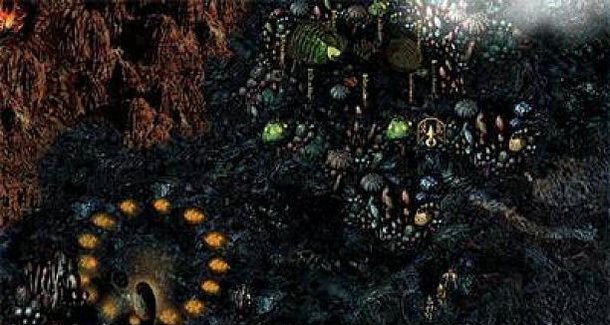