Imagine the classic Arcade game 1942 in 3D. You have a choice of flying 3 different WW2 planes in 25 Single Player Missions and 5 scenarios. While the game starts with classic weapon systems such as machine guns, you can power up to rockets and strange rayguns later on.Enemies consist of Bombers, Cruisers, Battleships, Tanks, Pursuit Planes etc. The game has 3D positional audio and allows for 8 player dogfights.
​ 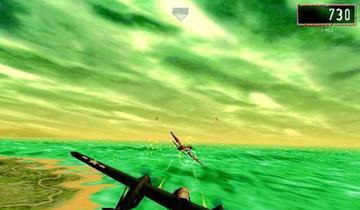