Like its predecessor, Sudden Strike II is a real-time, strategic, tactical WAR game set during World War II.The game contains more than 40 missions in 5 campaigns in separate scenarios or single one-off missions. Japan has been added as a playable nation in addition to Germany, Russia, Great Britain and the United States for a total of 5 countries. The player`s troops will have to march through rain, snow and other weather effects in landscapes set in winter and summer. It`s possible to control boats, railways, tanks, aircraft, ambulances and transport vehicles and destroy bridges, houses, trees, Forts and more objects.The game includes a editor so over 20 in-game maps for the multiplayer mode and over 10 maps for single missions can be created.
​ 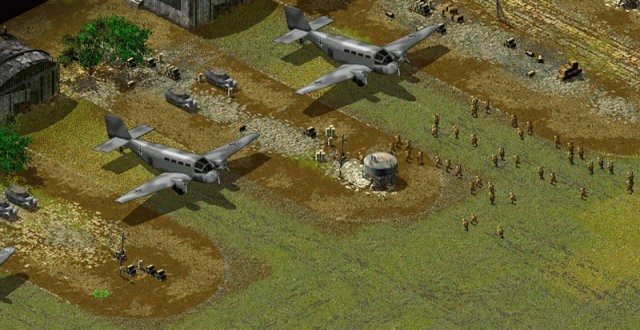