Legend of the North: Konung

Description - Legend of the North: Konung


Although it claims to mix in some basic real-time strategy and adventure elements, Konung is essentially a hack-and-slash role-playing game, much like Diablo. You lead one of three heroes on a quest to find and repair the mystical dragon amulet, presumably to save the world--though the purpose of the quest is never fully explained. As in Nox, Westwood`s action-packed role-playing game, each Hero in Konung will follow a different path through the game. 16 Bit High Colour displaying 640x480 to 800x600 resolution with colourful real-time light effects including day/night cycles.More than 100 items with different parameters and magic enhancements and new items can be manufactured and traded.Non-player characters and even monsters are able to join the player`s party. 50 magical artefacts with different abilities including teleportation and resurrection.All non-player characters and monsters within the party gain experience and advance in levels.More than 60 non-linear quests that can be completed in several ways.Non-player characters proceed with their actions with or without the player`s attention and have their own inventory.
​ 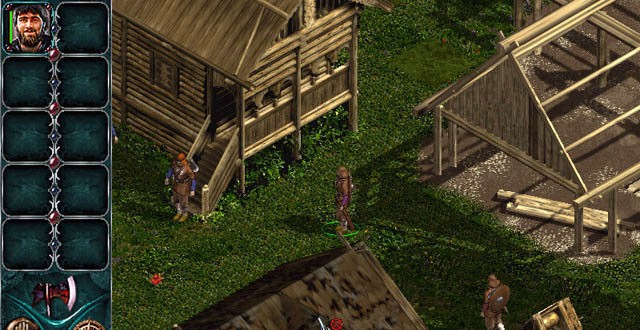