Through three campaigns of ten scripted missions each (mixed with optional random missions), you will lead your squad of American, British or German troops through the battles of 1944-45. Each of your Soldiers is individually rated and has a unique biography (although they don`t have the personality of a Jagged Alliance merc) and their morale and skills are affected with each battle (and occasionally the random occurrence Between battles, such as a girlfriend writing to say she`s leaving one of your grunts for another man). As your team progresses, the survivors will become a tight-knit group of skilled veterans, able to withstand the increasing dangers. Teams consist of a number of rifle squads, along with some heavy weapon squads and specialists, such as the squad leader, sergeant, medic, sniper, and Combat Engineer. In addition, your squads will gain support from both artillery and the occasional vehicle. They`ll march through sniper infested towns, wade onto dangerous beachheads, and fight over the very tools they need to emerge victorious. A vast array of WWII weaponry (both real and `Hollywood`) is available to your men and you`ll find nearly every piece coming in handy.
​ 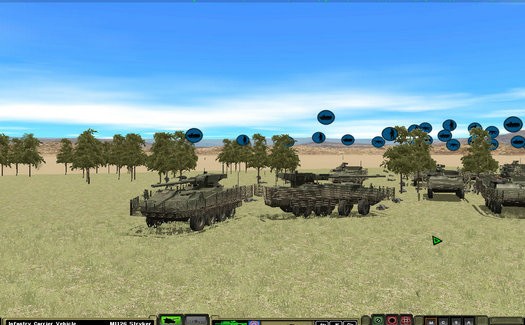