EditBy: xFX DOMINO is a game of Domino which, more or less, follows the rules of the game of domino as it is played in Latin America and Spain.The game is in its early stages of development and I hope to find the time to finish it.So you have an idea of what it can do and what can`t...Features already implemented into the game:-Offline playing with support for three computer-based players and one human player-Ability to set several options to match different playing rules-Ability to set the computer`s level-Ability to change the shape, size and colors of the pieces-Ability to keep track the four player`s played pieces-Ability to keep track of the game`s scoring mimicking the way the game is usually annotated-Smooth playing animations-Fully resizable interface-Customizable players names-Support for "suggestions" (so the computer can suggest you the best possible move)-Intelligent engine supports playing one against each other or as couples-The game automatically detects new versions so its automatically updated (under Windows only)-Runs under Windows using Microsoft`s .NET 3.5 and Linux and MacOS X using MonoFeatures missing from the game:-Online gaming is not yet possible - this, of course, if the most important feature I`m working on right now-The game is only available in Spanish (I will try to port it to other languages in the future)-Documentation/Instructions-To play the game simply start it, click the "Iniciar Juego" button, change any options as desired and then click the "Jugar" button-In the future you will be able to setup save and load games
​ 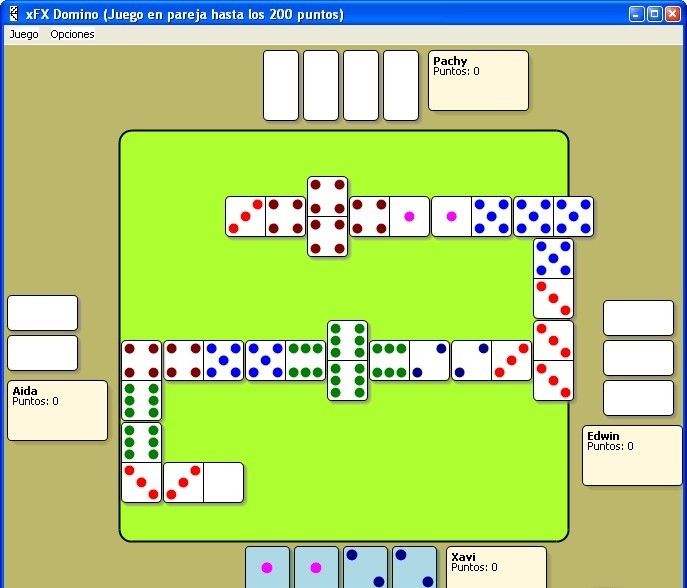 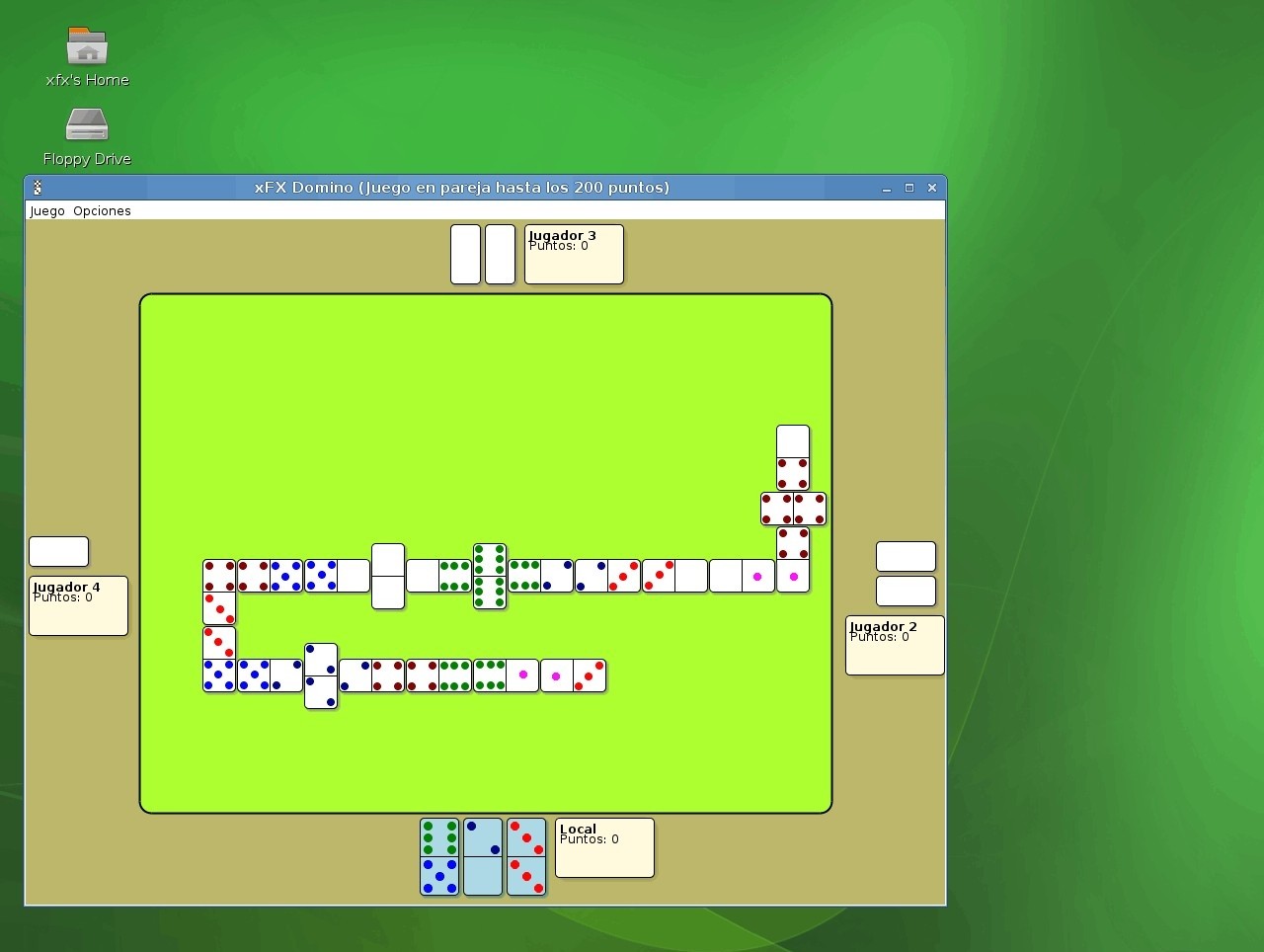 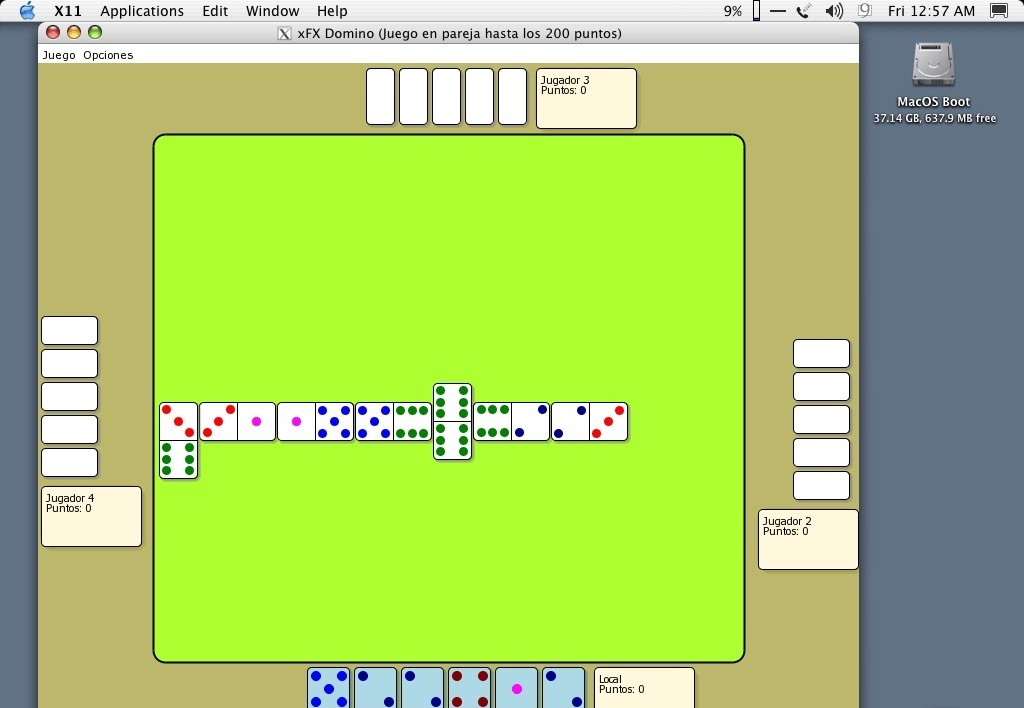