The Last Order is a game whereby players takes the role of a human being who is about to die. They have to follow the orders given by "God" which is the light in the middle while holding for their dear lives for as long as possible.This game is created by Putera Nik Dimas Bin Ahmad (AizenSousuke) for the September 2010 Experimental Gameplay Project Theme "Neverending Game". The Mechanics in this game is simple and intuitive and its purpose is to simplify gameplay as well as to test out several things that I have in mind. They are:Test of Intuition - I wanted to test how well players are able to figure out things and gameplay mechanics just by looking at the game and its gameplay.Test of Patience - I shouldn`t post spoilers about this because the players will find this out by themselves. This is also part of the challenge and fun of the game.Keyboard Limit – While making this game with Game Maker, I realized that my laptop’s keyboard has a 3 character key limit that can be pressed at a time. However, on some other keyboards and combinations, I could do more or less. So, I wanted to test the players playing this game out for them to figure out what combinations can they make with the keyboard that they are using such that they can get the most score in the shortest amount of time possible.Test of Strategy - Players may (and should) be able to figure out how to make this game NEVERENDING if they are smart enough... else, it’s still a neverending game though…
​ 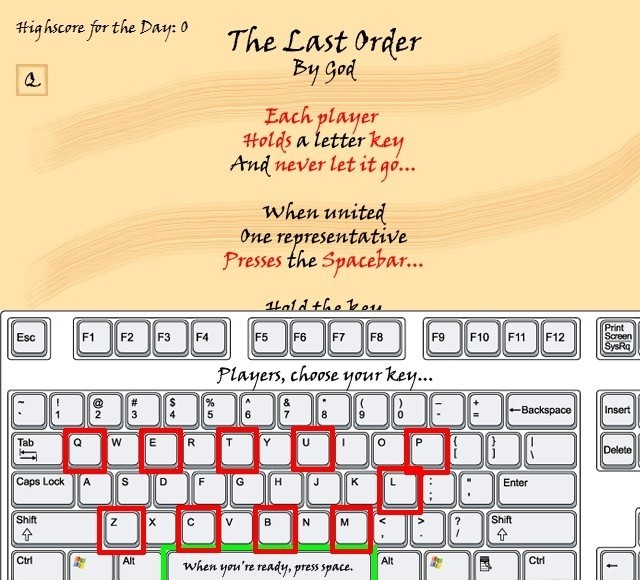