Editor: Will you fight for freedom and the souls of men or will you spread the seeds of death and deceit? Suit up and decide the fate of the medieval world!Ethereal is an online medieval combat game based around real-time physics and strategic attacking. Choose swords, polearms, daggers, and a host of other historic weapons to find ways to kill your opponents. Choose shields, helmets, and armor to defend yourself from deadly attacks. Earn money and rise To The Top of the ranks. features:Jump into the fray of battle and experience...• Intense 16 on 16 battles• Fast-paced, physics-based combat• Four huge levels set in an alternate history• Over 20 weapons available with more to unlock
​ 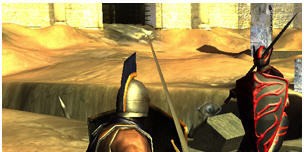