The v1.01 patch for CM:BN contains not just bug fixes but - as is tradition at Battlefront.com - also a number of enhancements, adjustments and improvements to the game, most based on player feedback! Here is just a quick glimpse (!) on the long list of the improvements that the v1.01 patch is offering.Vehicles- Hit text for projectiles that enter an open vehicle hatch says "Hit: Opening" rather than Turret or hull.- Fixed a bug that prevented ricochets off a Panther lower mantlet into the hull top (though this intentionally remains rare).- The glacis/hull-roof armor plate on the Tiger front is thicker.- PSW 222 and PSW 223 are capable of firing weapons after losing a crewman, and have slightly improved commander`s visiblity when buttoned up.Terrain- Troops hiding in trenches or foxholes get better protection from shrapnel.- Direct hits do more damage to trees.Quick Battles- The unit auto-purchaser is improved.- Air support may only be purchased during daytime with clear or hazy weather.Artillery- When a forward observer cannot see where spotting rounds impact, he will usually require another round to be fired rather than skip ahead to fire-for-effect with poor accuracy.- White phosphorous (smoke) does not cause unrealistically high casualties.Soldier Behavior- Soldiers can spot anti-tank mines (in addition to anti-personnel mines).- Soldiers are quicker to stop attempting to surrender if friendly soldiers are nearby and enemies are not.Misc- Troops may throw grenades from buildings at open-topped vehicles.- Corrected some minor pathing problems across bridges.- Keyboard camera controls are smoother (Windows version).- When attaching targeting orders to a waypoint, the range display is calculated from the waypoint, not the unit`s current location.- Clicking Exit or New in the Editor brings up a confirmation dialog.- MP40 ammo pouches display correctly on German soldiers....and more
​ 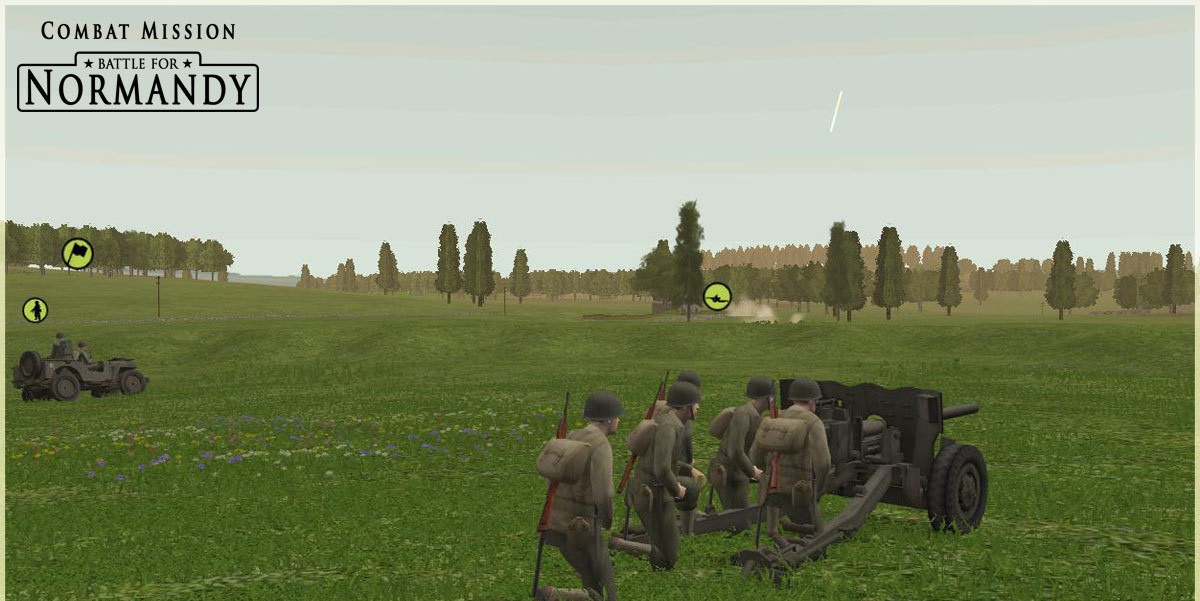