As the Marine, you are the last surviving member of your squad. Your mission was to explore and investigate the Atmosphere Processor, then destroy it. You were to remain as guard inside the APC... until your squad were brutally massacred by Forces unknown. As the last marine, it`s your mission to defend the OutPost from the unknown Invaders.
​ 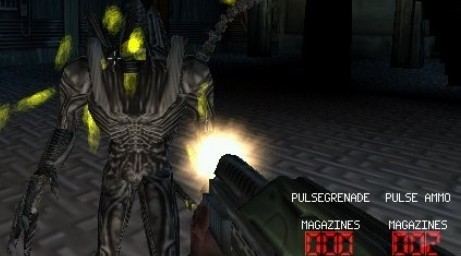