The ever popular game of Euchre in a new format. Bid Euchre. Bid Euchre is an adaption of the game Euchre.The highest trump is the jack of the trump suit and second Jack same color suit.A double deck is used containing two of each card.When two identical cards are played to the same trick, the first to be played beats the second.Each player has just one opportunity to bid.If the bidding side win at least as many tricks as they bid, each side scores one point for each trick they won.
​ 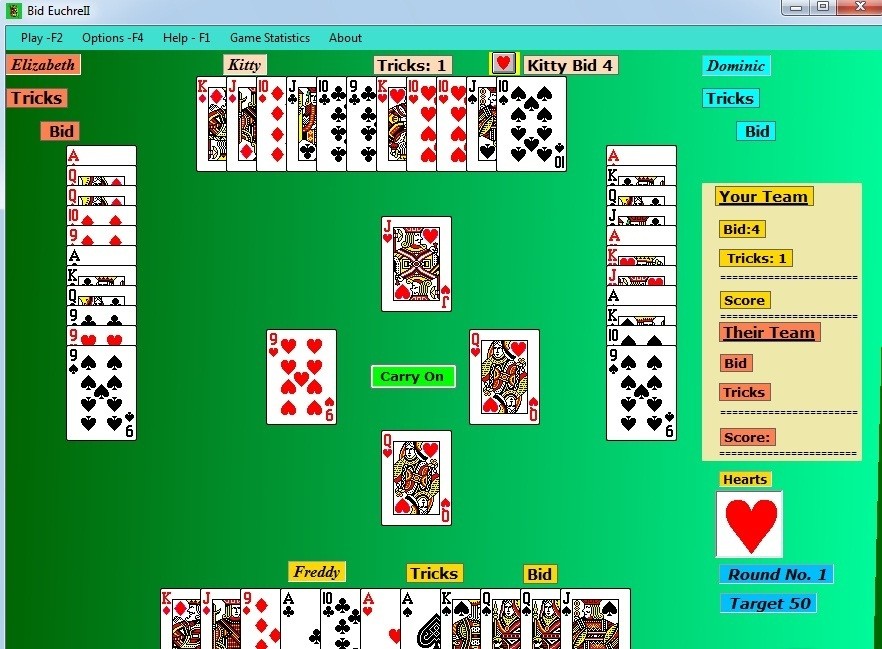 Played Second Bid Each Side