Space Pirates and Zombies takes place far enough in the future that EARTH has become a toxic backwater planet, so potentially not that far in the future. The galaxy has been colonized by humans, and the only means to travel to new star systems is through highly restricted and well defended warp gates. It is well known that systems closer to the galactic core become richer and richer as well as more scientifically advanced. This has led to theories of a secret system with a cache of treasure or knowledge at the galactic core feeding this growth. As a pirate, you must assemble a fleet and discover what treasure awaits you there.THE GALAXY There are hundreds of stars to Visit in SPAZ, and each game galaxy is uniquely generated.STAR SYSTEMS Within each star system there is an ecosystem of events that are influenced by your actions or lack of action. These events will expire over time and represent a War Between the factions within the star system. Some events you can even stay out of the way and simply observe, such as fleet battles, and then collect the spoils. Yarr. FACTIONS Each system has two factions you can interact with, but they always dislike one another. The hub of activity in each system for each faction is their Starbase. There you can purchase technology, or trade captured crew for resources and other favors. If a faction is not friendly with you, they wont deal with you, but transferring a few workers to the Starbase can usually Grease the wheels just enough. Approaching a hostile Starbase to make the trade is another matter entirely.
​ 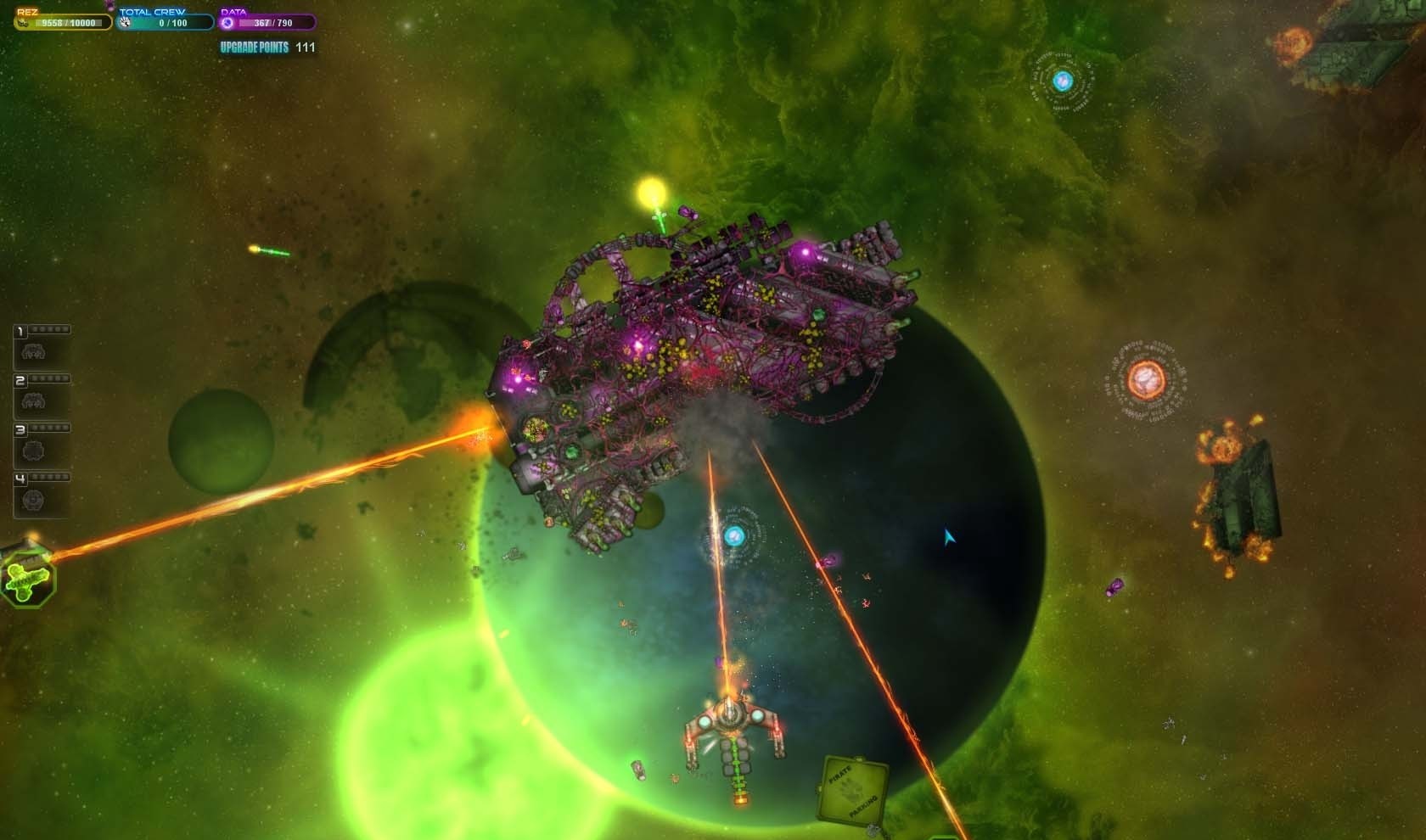 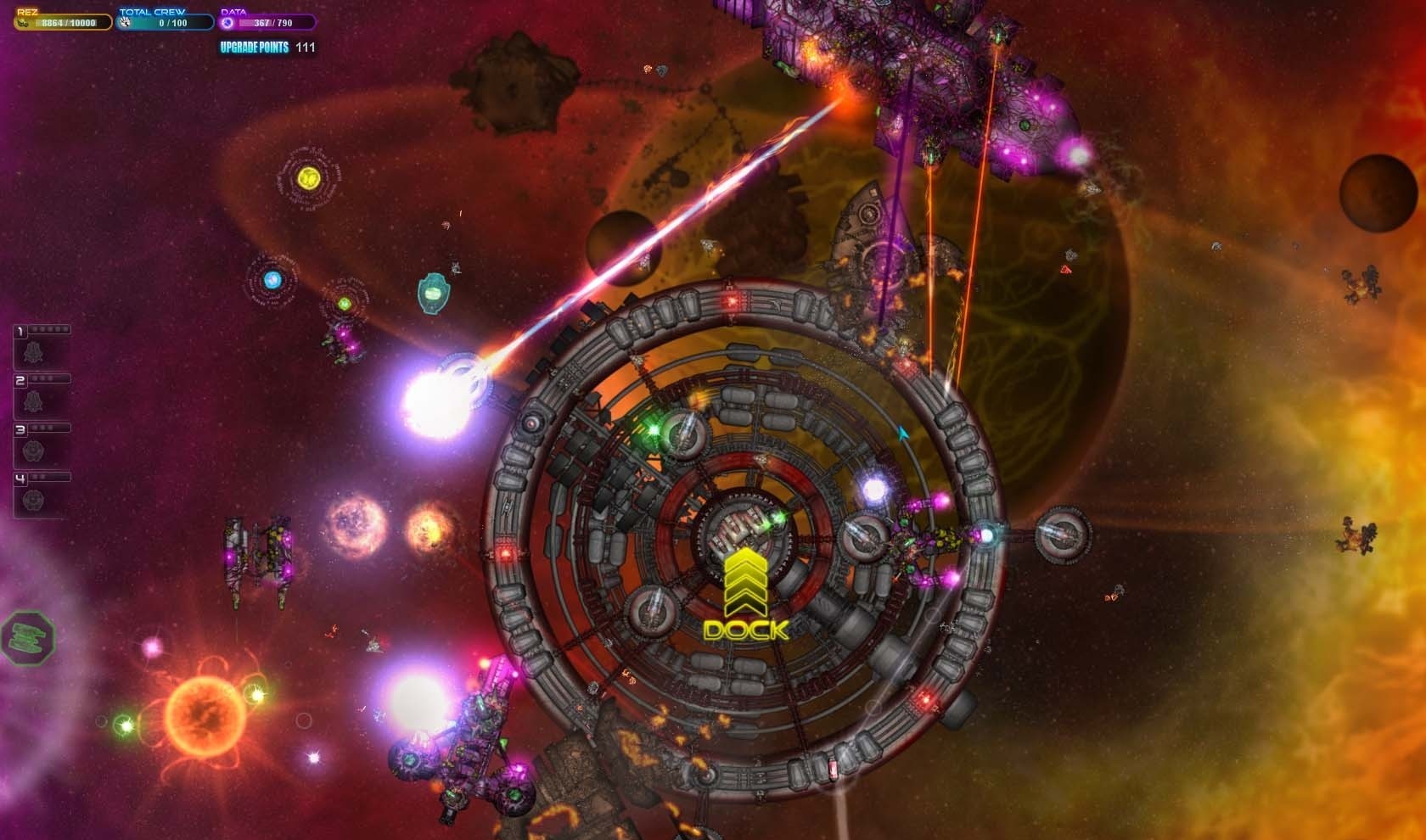 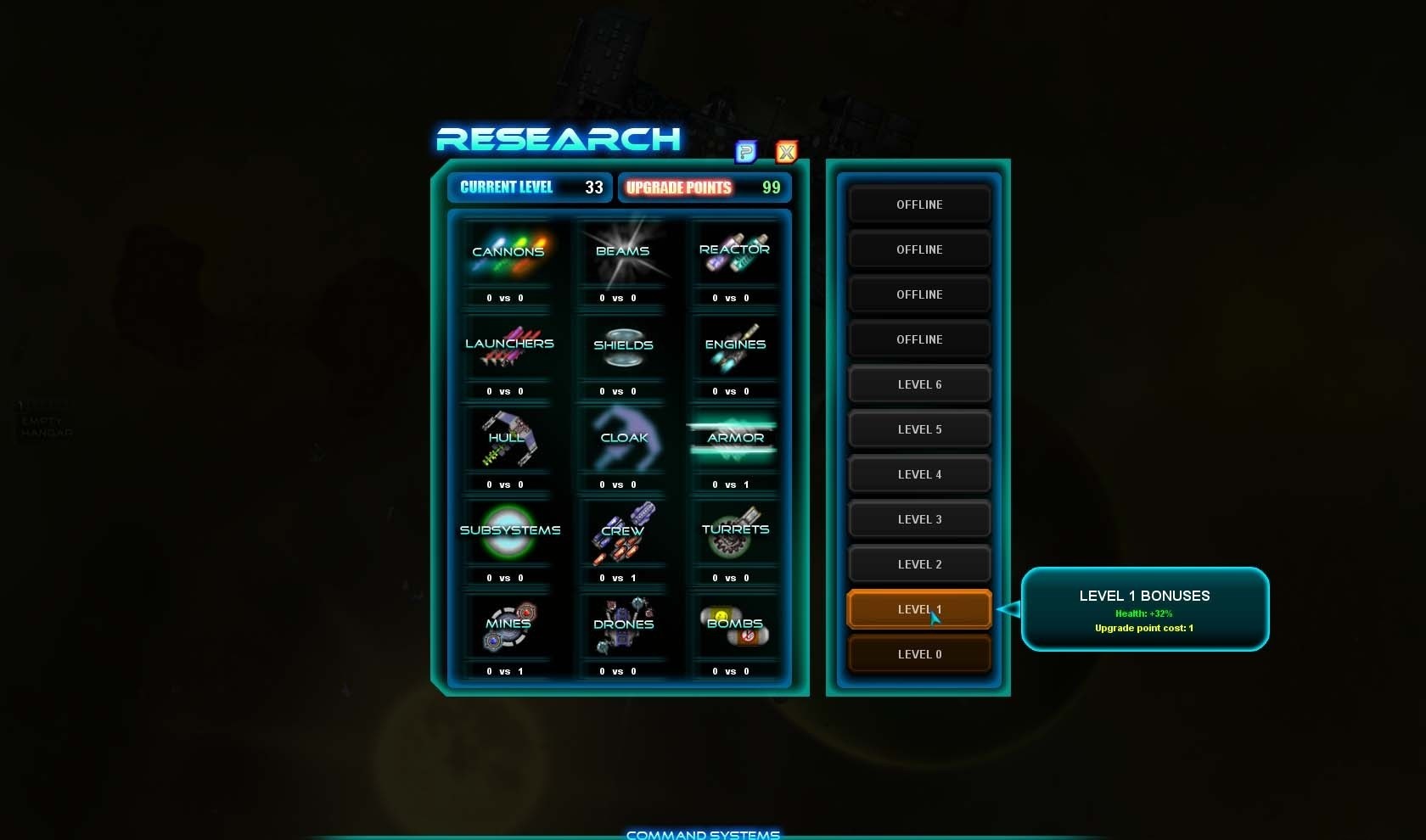