EditBy: For many centuries, the magical world of Luciena has been under threat by mysterious Dark Forces. These evil beings from the Umbra Realm are using ‘Soul Power’ to transform themselves into hideous monsters that seek ultimate DomiNation. The Umbra’s power is fed by destruction, deceit, corruption and death.The once peaceful community of Luciena have been rediscovering the magical properties of Soul Power to defend themselves against the Umbra and their powerful God-like PenUmbra masters. The Lucians united and diversified, developing Tactics, technology and magic to stop the notrocities they have had to endure for so long.The Lucians have had numerous successes against the forces of evil, but soon the Umbra retaliated with merciless force and it was clear that the war had just begun.Features:- More than 500 Monster cards to collect- Summon the ghosts of defeated monsters enlocked within the trading cards to battle foes.- Use special skills to transform into powerful creatures- Unique shell-shaded visual design- Intuitive combat system- Extensive character customisation- 20 classes to unlock- Rich story- More than 60 randomly generated dugeons in the special `Seal Tower` quests
​ 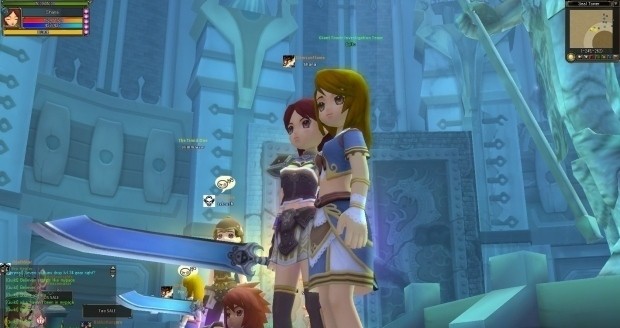