EditBy: It`s 2010. The balance of power in the nation`s Congress is now in your hands.Congress Forever 2010 is the most in-depth, intense Congressional election game ever made. Using realistic electorate modeling techniques, an unprecedented number of options, and detailed candidates, this is big time!Take the helm of one of the powerful Congressional election committees as the Democrats or Republicans for the House or Senate, strategizing and leading your party`s candidates toward Congressional victory.Congress Forever 2010 includes the following elections data: 2010 (House), 2010 (Senate), and 2008 (House), updated as events unfold.Good campaigning, Congressional-Leader-to-Be! Features: battle for a majority in the House or Senate! fight down to the district level - all 435 House seats included in 2010 move the line across a majority or super-majority - all 37 Senate contests in 2010 target Swing seats and Clash on the margins as you Push into enemy territory send high-level party operatives to campaign in districts build your Ground Ops district by district, or opt for Precision advertisement bombardments! dig up scandals on local candidates and then fan the flames nationwide take out the other party`s leadership and increase your highscore play 2010 (House), 2010 (Senate), or 2008 (House) the most realistic Congressional election game ever made
​ 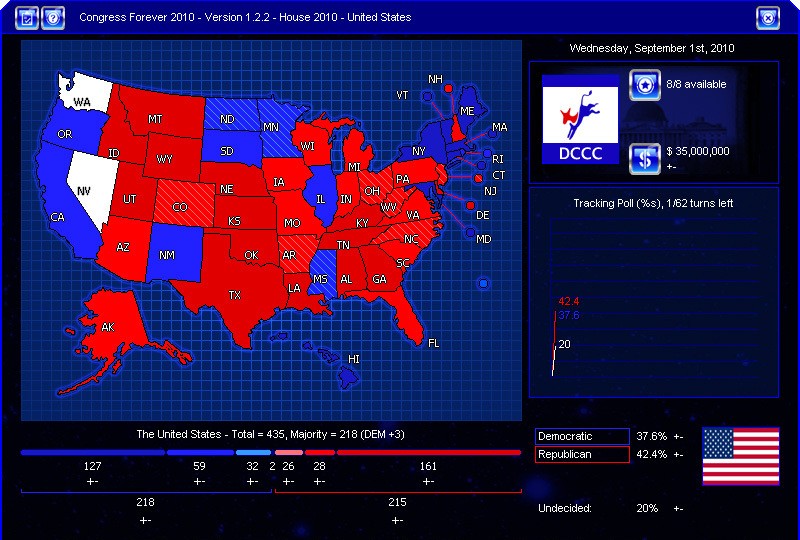 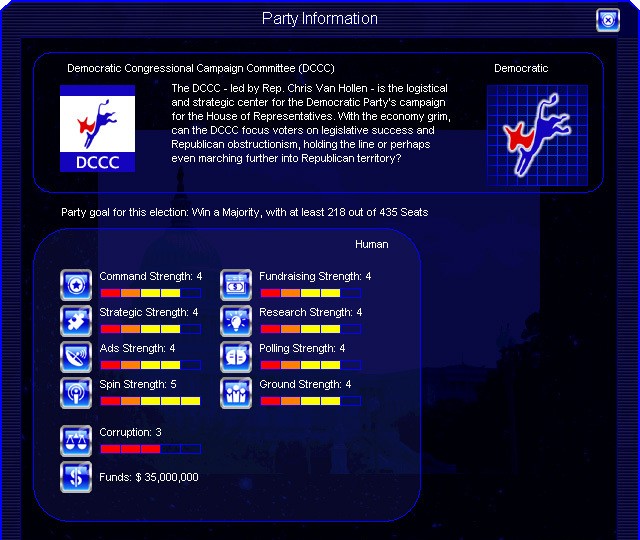 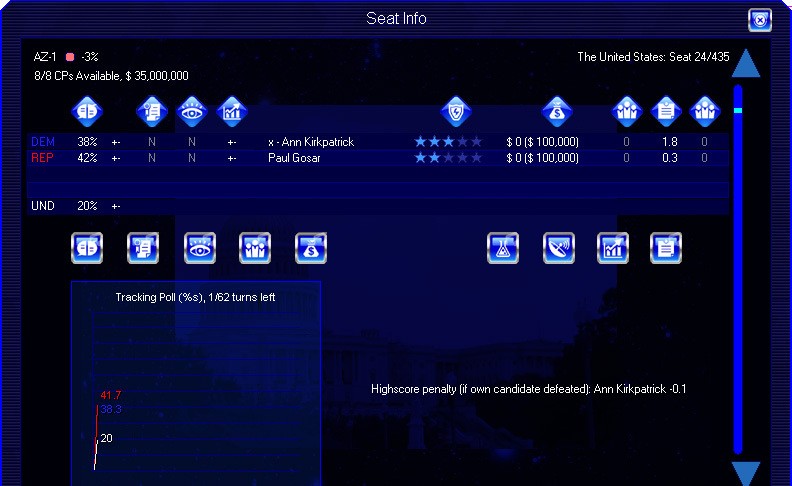