: A long time ago, when the world was still young, the land was separated into Seven Kingdoms. The Elders of Star Haven foresaw war Between the kingdoms as the greediness of the lands became apparent. The Elders of Star Haven requested a meeting with the ruler of each of the seven Kingdoms. The rulers were granted The Power to become Sages, guardians of their respective kingdoms, and were sent back to the World as representatives of Star Haven. Now, the Sages are long gone, but their spirits live on in the Seven Monuments. According to legend, the key for peace between the kingdoms lies in the peace of the Sages. But, many have learned of the great power that could be obtained by capturing the seven monuments, and therefore controlling the Sages. Two unknown villains have been reported to be sneaking around the kingdomsList of notable features:- Mario, Luigi, Geno and Yoshi are definite team members, and maybe others- Numerous Mini-Adventures along with the main Adventures that further the story- The Mushroom Kingdoms not the only location! Travel the Mario world to the other kingdoms to save the Sages- Unique "Bros. Combos" that allow Mario and Luigi to attack together- Custom Menu System that allows access to various information
​ 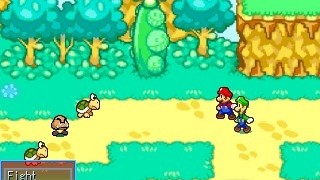 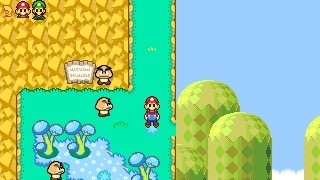 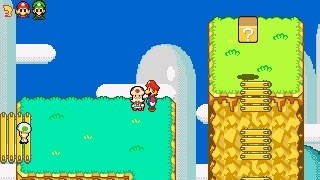