50 years ago, a game Company called Kore created a game called Digimon Online.Later on the company who created the game realized that they created a real digital world and an evil Hacker trys to take it over. He is eventually stopped and people start to migrate to the digital world and help rebuild the place and live with the digimon. You start out in the game as a newly recruited tamer, (tamers are like peace keepers in the digital world, in this game...) You start out choosing a partner digimon and doing missions like checking for viruses and such. But then the viruses start to grow in numbers and you figure out that an evil organization is behind all this. It`s up to you to stop the organiztion and save the digital world. New features of the game include:- New battle sprites for the digimon partners.- A new system graphics for battle, menu and text.- A new title screen, and new music.- Signature digimon attacks, and evolution, in the form of attacks.- All glitches have been fixed, aswell as most of the spelling errors.- New puzzles, like crystal collecting and hacking!- A new password unlocking system, in the Partner room.- 3 new character skins, which need to be unlocked!- A complete Beasteary for bosses and viruses.- Secret weapons! and digimon.- and a few secrets for you to enjoy!Version 1.3: Sorry for the screw ups before guys. This is our finall version of TDZ Digimon RPG. Listed below are the fixed problems, plus a Little something extra you could use.
​ 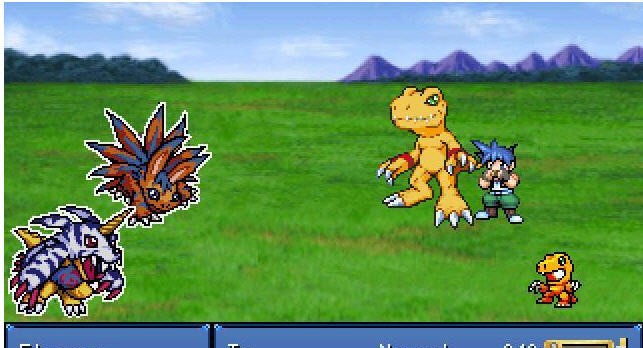