Gravity Wars is a retro-style shooter reminiscent of the arcade classic ‘Asteroids’, but leveraging your modern computer’s advanced graphics capabilities to take the action to a completely new level. Gravity Wars takes place in a swirling field of asteroids and space DEBRIS, but it’s not the asteroids that you need to worry about - it’s the enemy aliens determined to blast you out of the sky. Every level is a Duel to the death against aggressive alien attackers armed with a variety of weapons.Everything in Gravity Wars takes place in a shifting gravitational field. Even the exploded Fragments of rock and ship debris swirl about in the flux. Unlike in `Asteroids`, hitting an asteroid doesn’t damage your ship - you ricochet off it. Use asteroids as shelter when low on health then return to the battle when you’ve regenerated.Watch out for deadly neutron stars. If you are sucked into their crushing gravitational pull, you won’t be coming out again!Use lasers for fast, long range attack, or guns for powerful, short range blasting. Acquire a guided missile capable of blasting your enemy to bits, or, if it hits an asteroid instead, exploding it into swirling fragments. Pick up power-ups to improve your attacks and restore health and energy. Hit Space Rocks and score crystals for extra points. Enjoy the stunning high resolution Hubble telescope backgrounds and NASA images of real asteroids.Features 20 pre-programmed and infinite random levels with more to come (free version: first five levels) Nine different enemy ships, plus the lethal boss Sophisticated enemy AI Four unlockable player ships Gorgeous, high-res real space backgrounds from the Hubble telescope Space mines, multiple power-ups, score crystals and more Dual player mode (requires at least one game controller) Exciting high-action gameplay Eye-popping gravity effects
​ 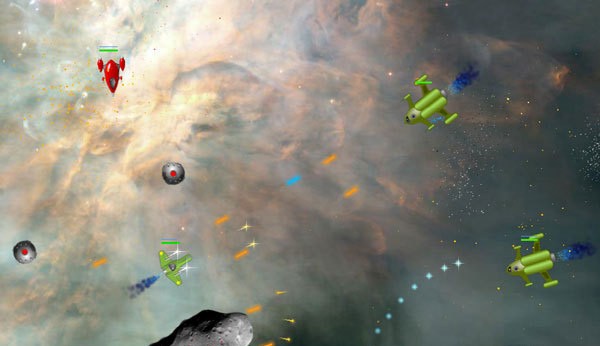 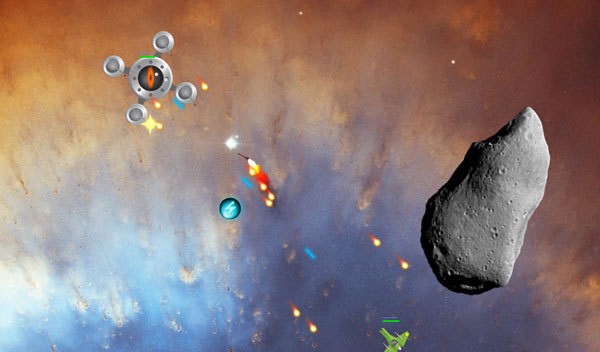