Tiny Token Empires is an amazing turn-based strategy game with a mix of puzzle gaming to boot. Think Risk with Bejeweled type matching added for extra fun. The player plays one of the five major ancient empires: Rome, Greece, Egypt, Persia, or Carthage. By developing cities and armies, and annexing new territories, the player gradually expands his power over the world!But Tiny Token Empires is also a "casual" strategy game that doesn`t take itself too seriously. It contains a crazy comical universe: goofball Gods, super cute mythological monsters, clown legionnaires, and much more.BackgroundIn 200 B.C., the Mediterranean Basin was plunging into chaos. From Persepolis to the Pillars of Hercules, WAR was shaking up the entire known world. The monarchs of the five great empires of the era thus came together for a secret meeting on the neutral territory of Syracuse. What was at stake was bringing peace back to the kingdoms of gods and humans.Some say that the match lasted hours... They also say that someone tried to cheat and that there was a fight. Basically, the attempt at conciliation failed yet again and the 3rd Punic War started!
​ 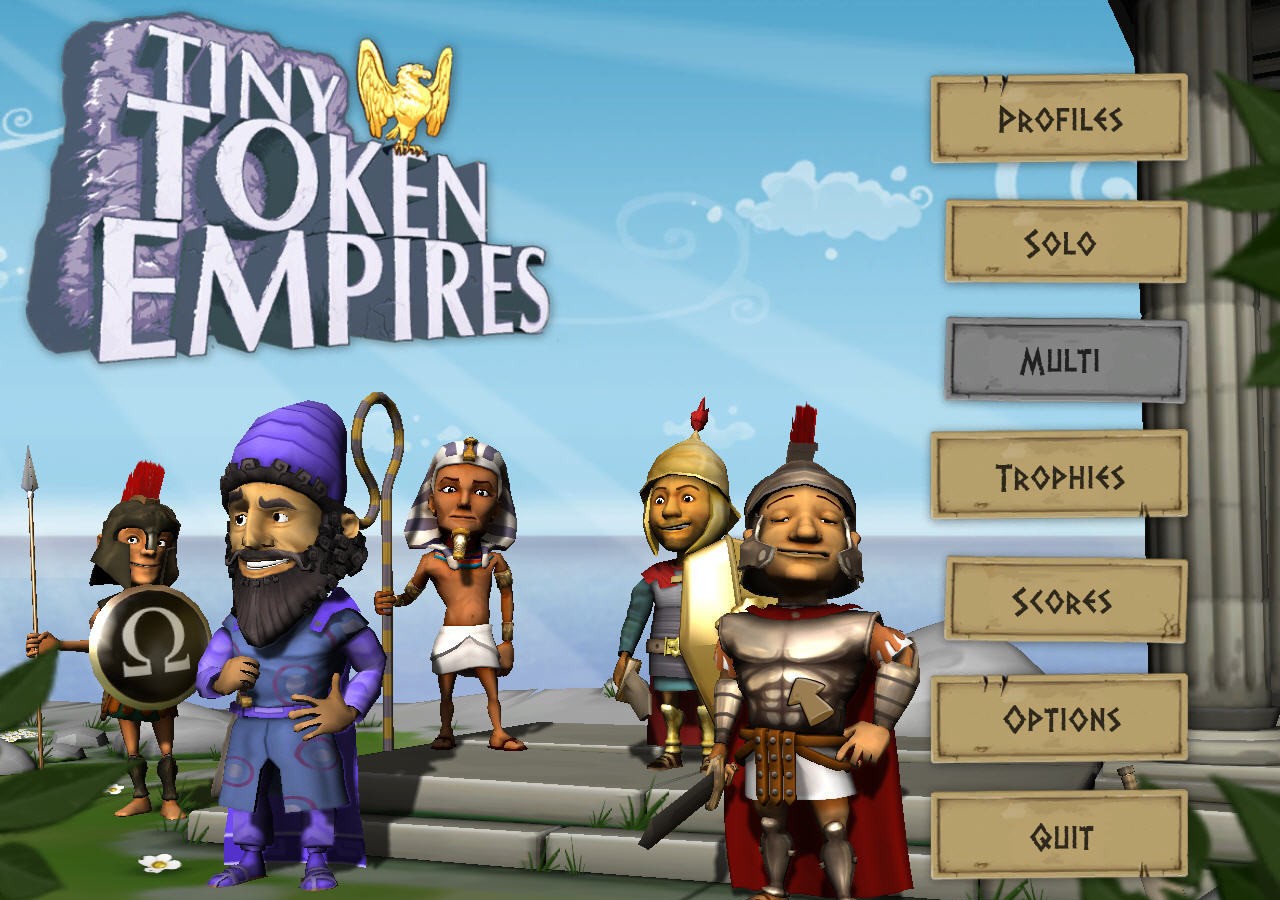 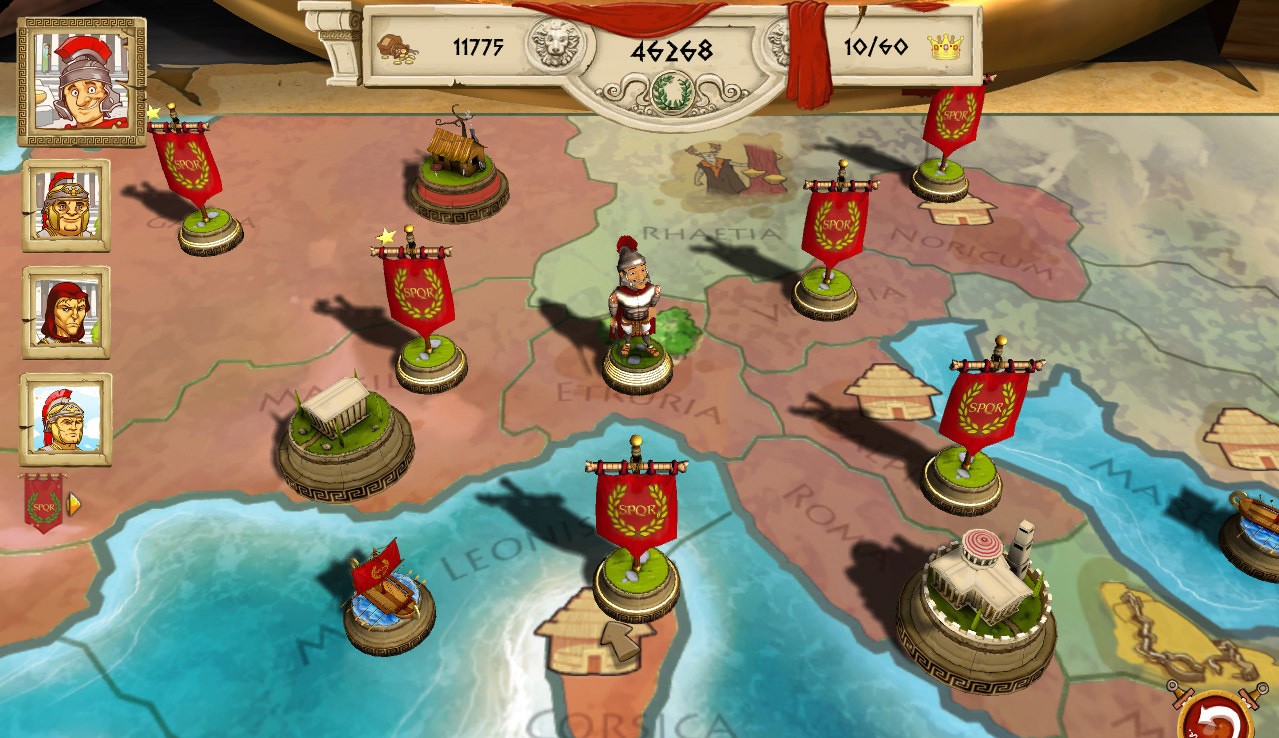 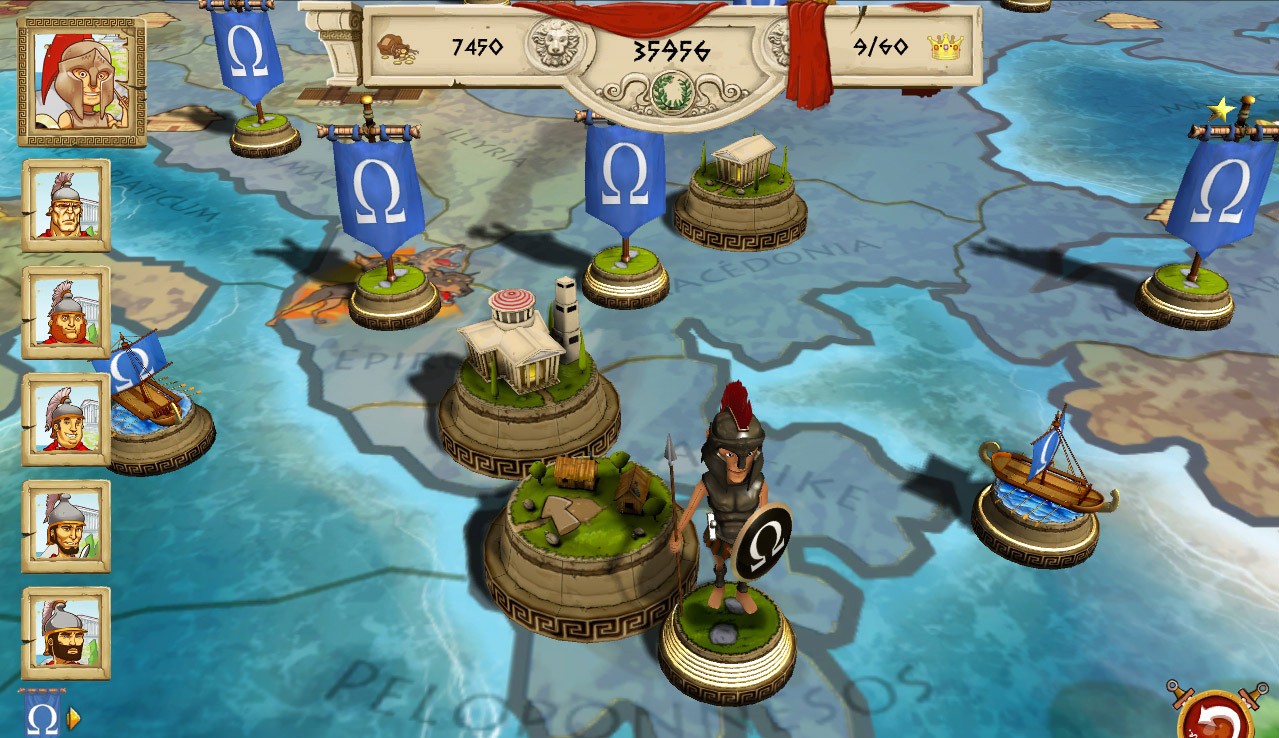