The highest-rated NBA simulation 11 years running is now available on iOS for the first time ever. Built on the powerful and critically acclaimed NBA 2K engine, NBA 2K12 features stunning graphics and animations, as well as one-touch controls that are more comfortable on iOS and give players more control over their actions. Jump into a matchup featuring all 30 NBA teams in Quick Game, or go through the a full 82-game campaign in Season Mode.NBA 2K12 also lets you relive 10 of Michael Jordan`s most memorable moments in the "Jordan Challenge," including the inFamous "Flu Game" and "Double Nickel" performances.Features:- Season Mode; Play through the entire NBA season and lift the Trophy in June- "Jordan Challenge": Relive 10 of Michael Jordan`s most memorable moments- Groundbreaking graphics and animations built on the acclaimed NBA 2K engine- Move up the leaderboards and compare achievements with friends through Game Center- TV-style presentation, including full commentary from Kevin Harlan and Clark Kellogg- Updated Rosters - All transactions from the 2010-2011season have been incorporated, meaning you will be playing with current teams and ratings.
​ 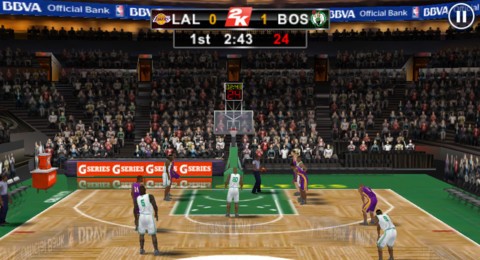 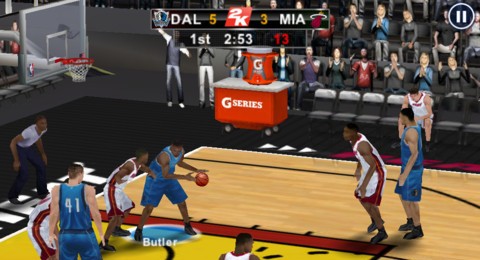 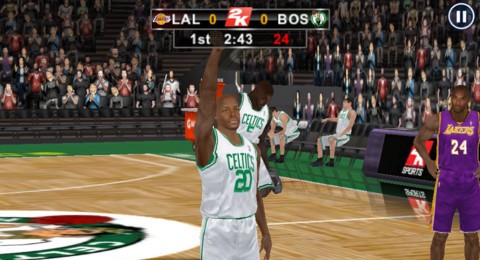