: How would combat change if you could foresee the future? If you could prevent your past mistakes from ever happening? What if your enemy could too?Achron is the first and only game to feature single-player and multiplayer free-form time travel. It is the world`s first meta-time strategy game, a real-time strategy game where players and units can jump to and play at different times simultaneously and independently. RTS - Real-Time StrategyAchron is a futuristic RTS featuring three species with vastly different playing styles where you Create your buildings and army, explore the map, expand to acquire more resources, upgrade your tech tree, and engage in combat with your foes.Timeline and TimewavesLike many other games, Achron allows the player to view an overhead map of the surrounding area. However, Achron also shows a map of the timeline. If the player is attacked at a certain point in time, the timeline will show the amount of damage received at that point by a large amount of red on that portion of the timeline. The timeline also shows information including damage dealt and chronoports. Being able to see the amount of available resources at any point in time helps the player figure out the best points in time to construct more units.Information on the timeline can be lumped into three categories:A map of time - "Your opponent will attack you in 1 minute"Inform strategy - "You should have taken advantage of your resources and built a larger army 2 minutes ago, go change the past"Changes to the timeline - "Your opponent just undid an entire battle in the past"
​ 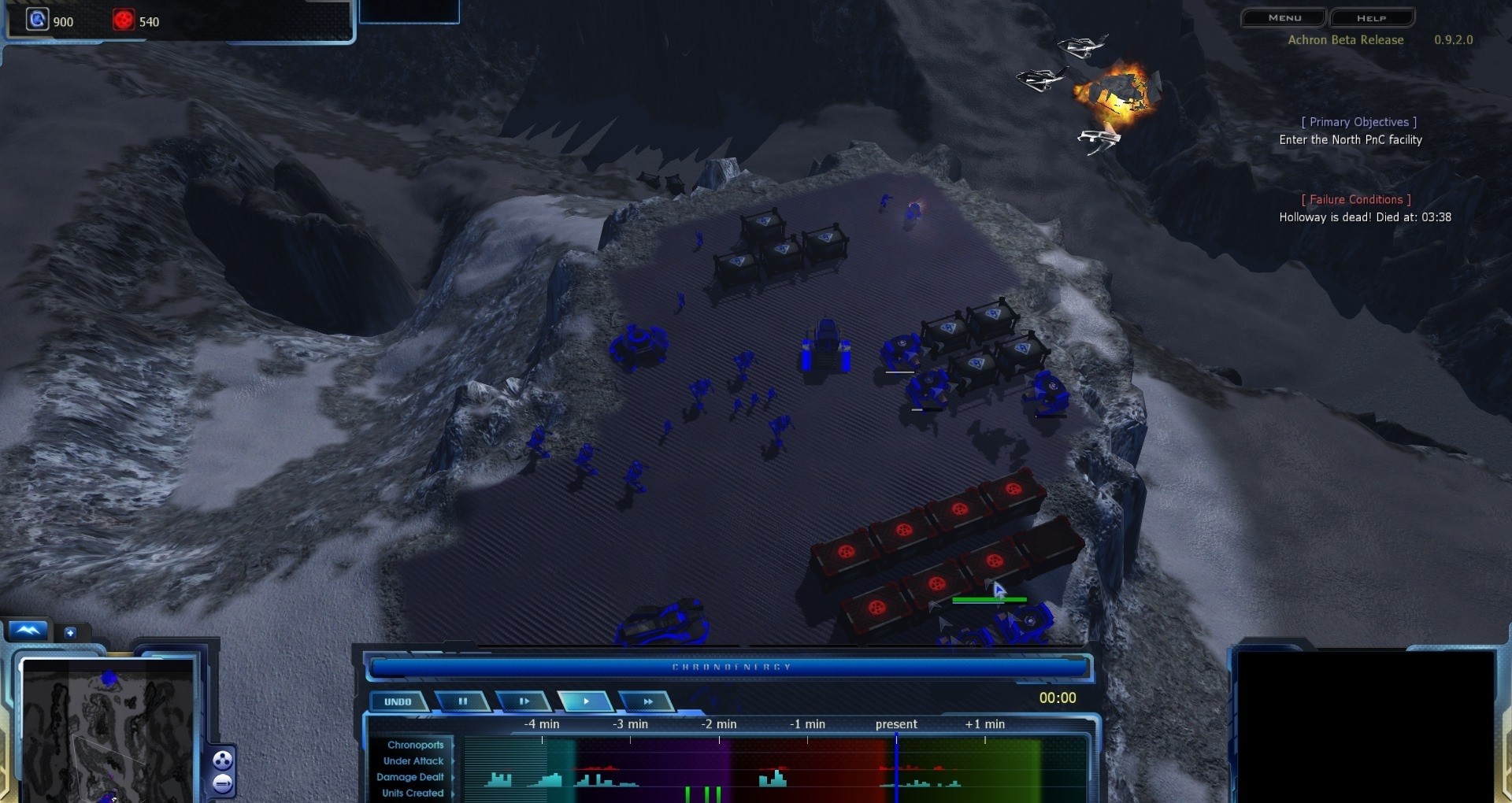