Trix is a card game that is played with a total of four players. Trix is played with a complete standard deck of 52 cards and no jokers, there are no partners in Trix, each player is on their own. There are a total of five sub-games in Trix, The sub-game that is to be played is chosen by the current dealer after the hand is dealt.The first person to Be The Dealer is the person who has the Seven of Hearts when the first hand is dealt. This person will choose when to play each of the five sub-games during the next five hands. After that, the person is no longer the dealer and the player on their right is now the dealer. The game ends when all four players have had their turn as dealers and a total of twenty sub-games have been played.All players start with a score of zero. The player with the highest score at the end of the game is the winner.Complete document of Trix Game rules can be found at the installer package in help file or at the game by itself.
​ 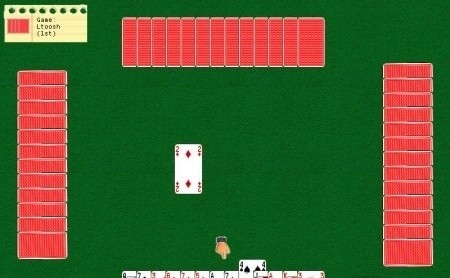