Tales of Lorea is a retro-style shareware RPG for the mac, with an emphasis on straightforward hack`n`slash.For those who might not know what this means, it`s a fantasy-adventure game where you get to kill lots of monsters and is sold on a try-before-you-buy basis. However, nearly half of the game is free and you are welcome to enjoy it without paying anything; I only ask for support from those who actually like it enough to wish to finish it.ToL`s character development system is somewhat exponential, which allows your character to keep growing consistently even at high levels, instead of reaching the typical "Plateau" that similar games often reach after your character has gained 20 or so levels.At present it only runs on classic, an osX port is possible but not in the near future. For those who might be interested, Tales of Lorea was coded in Future basic 2 and is over 25,000 lines of code. Apart from the opening screen and intro movie, made with Cinema4D, everything was hand-drawn pixel by pixel and the whole project took over 5 years from start to finish (the first images were drawn in `98), though there was a long drop-out in the middle and no work was done for a good two years; it is a labor of LOVE.
​ 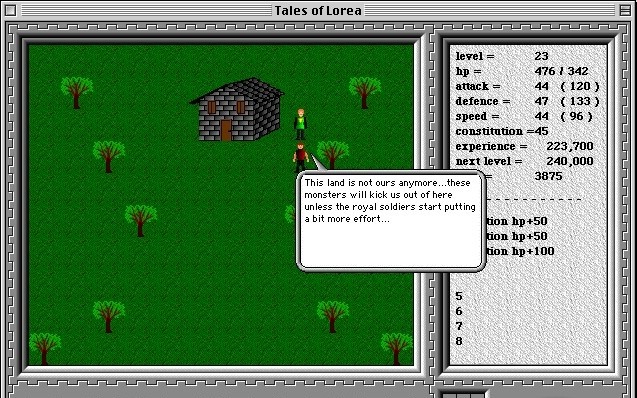 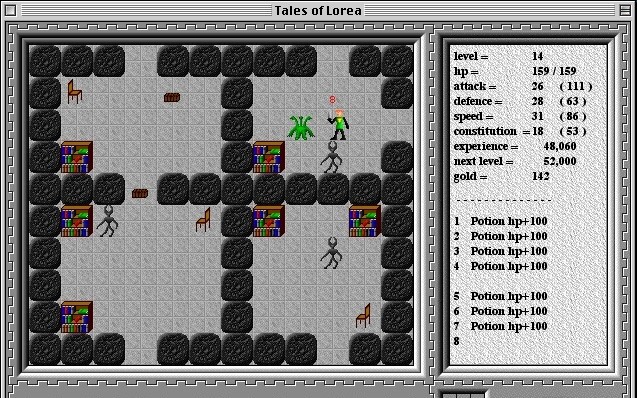 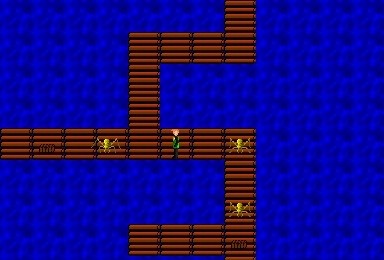