EditBy: With the added bonuses of: Improved graphics, auto-update, a toolbar, useless help, ritual sacrifice, and an incomplete, meaningless "Book of Zoltan"!All of this and more, still for the low, low price of freeHistory.I originally made a program called Zoltan in 1998 on my Mac 6300-something.In the intervening near-decade I`ve drank a lot and now have no recollection of what Zoltan did or why. I do remember that Zoltan was a giant stone Moai head and that the program never made it out of college-basement-labratory-Alpha release. So, in the interest of confirming my implied insanity, I decided to resurrect this never-finished project that has been lost to the sands of time and outdated computers.~Version 2.0 includes features originally meant for the game- like the ability to make sacrifices to Zoltan, and an all-around stranger game interface
​ 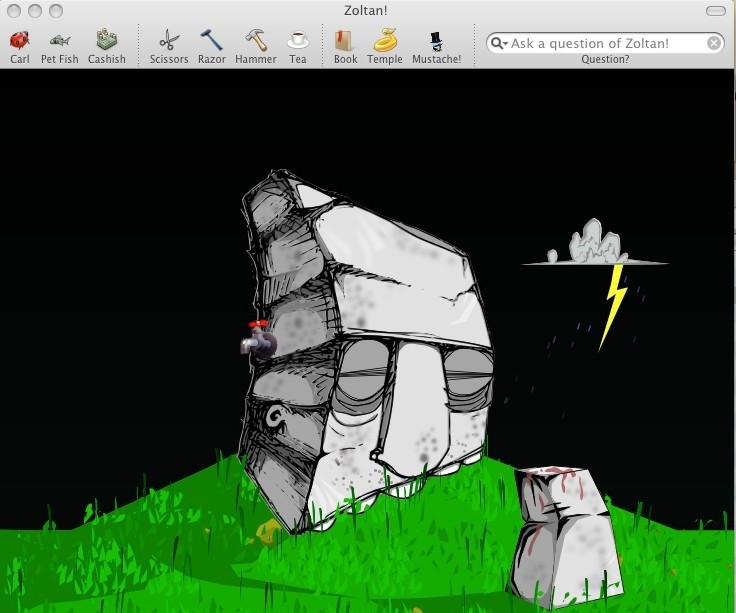 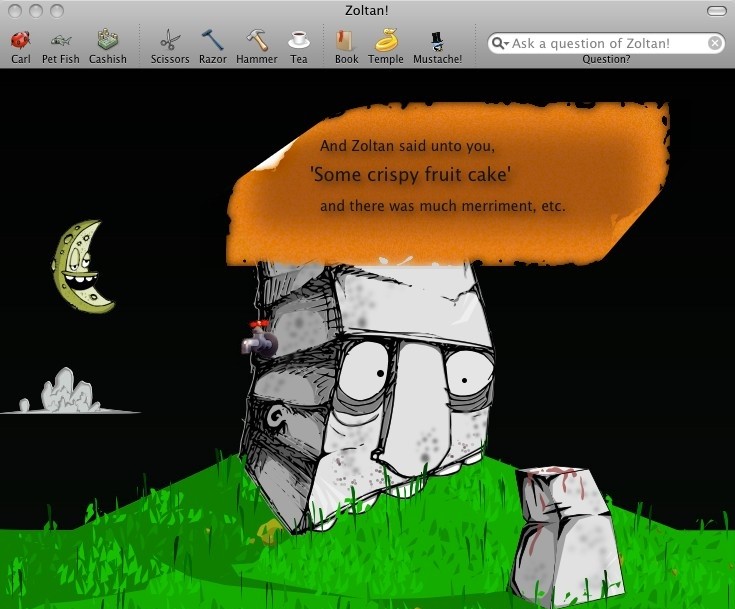