Reversi and Othello are names for an abstract strategy board game which involves play by two parties on an eight-by-eight square Grid with pieces that have two distinct sides. Pieces typically appear coin-like, but with a light and a dark face, each side representing one player. The object of the game is to make your pieces constitute a majority of the pieces on the board at the end of the game, by turning over as many of your opponent`s pieces as possible. Each of the two sides corresponds to one player; they are referred to here as light and dark after the sides of Othello pieces, but "heads" and "tails" would identify them equally as well, so long as each marker has sufficiently distinctive sides. Originally, Reversi did not have a defined starting position. Later it adopted Othello`s rules, which state that the game begins with four markers placed in a square in the middle of the grid, two facing light-up, two pieces with the dark side up. The dark player makes the first move.
​ 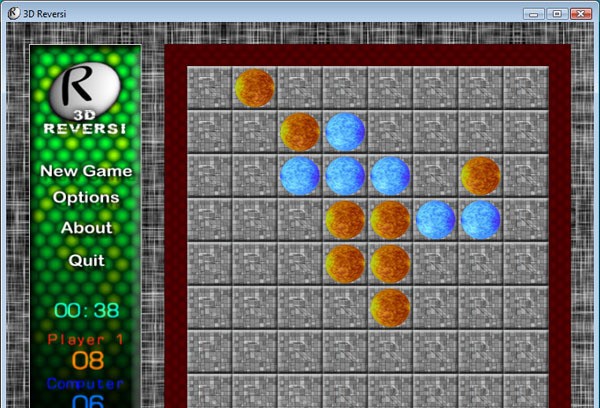