3D Petanque Unlimited is a breakthrough in the history of the 3D Petanque game on PC. For the first time, the player can adjust the vertical angle of ball throwing to do what the Petanque amateurs call "plomber" (meaning in French: to fall down like a piece of lead! You can play this game according to the official rules of the Petanque International Federation, in simple, double or triple as they do it in Provence or in Paris. This game is now played in 48 countries and is still growing in popularity all over the world. The capacity of the players is adjustable according to their talent to throw a ball close to the jack (rolling in) or to shoot away a wining ball of the adversary. You can also choose the weight of your balls and even the material (carbon or plastic are not accepted in competition) and the surface (gravel, grass or sand).This version features a Practice Area to develop one`s capacity of pointing and gunning. The throwing parameters (angle of shooting, direction, strength of the throw and effect of rotation) are easy to adjust intuitively in three mouse clicks - the first to adjust the angle of shooting and the direction, the second one The Power of The Ball throw and the third to give the final spin effect to control the direction of the Rebound. Data are displayed and memorized for the last throw of each player. An Aiming Device is available with the Help Option; the players can use a kind of shooting collimator of great Precision.
​ 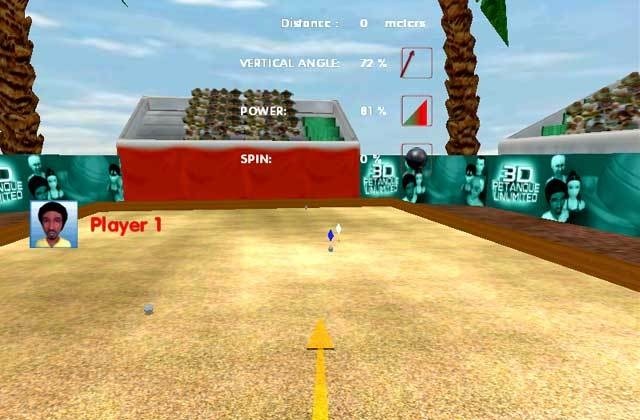