A computer version of the popular golfing / pool game in untraditional set-up. Each of the succesive alphabetical letters serves as a particular race. Are you able to reach -Z- so win the game? Lovely music in addition to perfect graphics. Top ten chart and, of course, the help screen. Non-violent, enjoyable game for all age groups. An ideal relaxation as well as plenty of hours of entertainment for everyone. An excelent game even for kids as it helps learning the alphabet ?each letter-shaped race is surrounded by features of objects whose names begin with respective letter.
​ 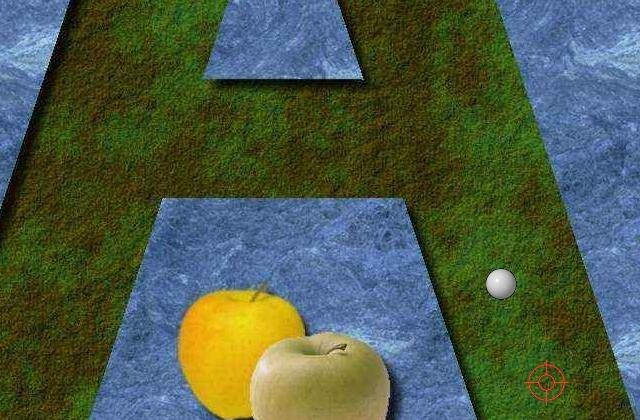