: The game was a response by Midway to Capcom`s successful Street Fighter II, which spawned a number of fighting games. However, it used a distinctly different fighting system from the Street Fighter formula, which was used in all subsequent sequels until Mortal Kombat: Deadly Alliance. The controls consisted of five buttons arranged in an "X" pattern: a high punch, a high kick, a low punch, a low kick, and a block button, as well as an eight-way joystick.If the two fighters were standing next to each other, hitting any of the attack buttons would result in a modified strike: a low punch turned into a throw, a high punch turned into a heavy elbow, head butt, or backhand, and either kick turned into a knee strike. Crouching and hitting either punch resulted in an uppercut, which was the most damaging attack of the game. Jump kicking and crouch-kicking were executed in a similar fashion to Street Fighter, although leg sweeps and roundhouse kicks were performed by holding away while pressing the appropriate kick button.The blocking in Mortal Kombat by itself greatly changed the flow of fighting in comparison to contemporary games which used Street Fighter conventions. Characters do not block while retreating or crouching, but only block when the block button is pushed. Even then, characters take (reduced) damage from any hit while blocking. However, successfully blocking moves is simple
​ 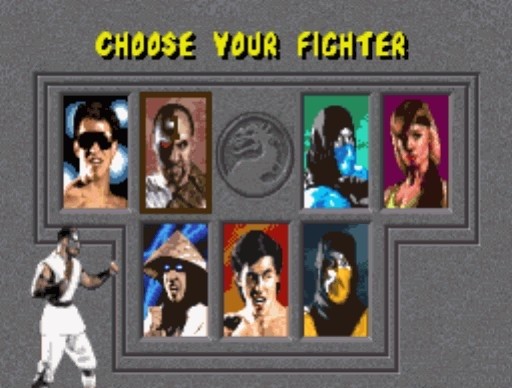 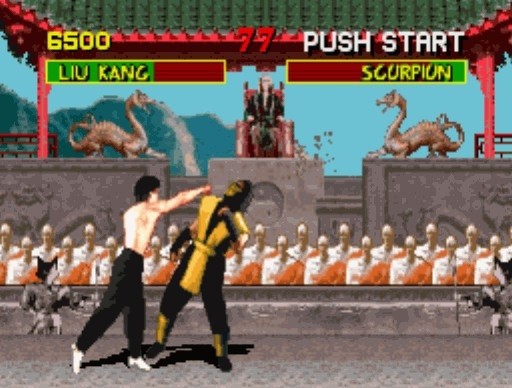