Challenging new game by Absolutist for all fans of board games. Either you need some training for your logic and strategical skills, or you are in need of some rest, this game will be a perfect pastime for you. Play wonderful Checkers Challenge everywhere on your Macintosh. The game is played on a board with Dark and Light squares, arranged in an 8x8 Grid. Each player sets his 12 pieces on his side of the board in three ranks on dark checks. Checkers is played on the dark squares only. The players move one piece at one turn. The pieces may be moved diagonally. A piece can only be moved forward. If one of your pieces is next to the opponent`s piece and the square beyond it is free, you are required to Jump Over the opponent`s piece. The opponent`s piece is then removed from the board. It is possible to jump many times in a row with the same piece, capturing several of your opponent`s pieces. The squares placed in the last row on the opposite side of the board are King squares. If a piece reaches the far end of the board, then it becomes a king. The king is allowed to move and jump diagonally backwards and forwards. Kings can be captured like any other pieces. The game lasts until all of the opponent`s pieces are captured, or are blocked so that they cannot make a move. The player who loses all the checkers or has them blocked loses the game.MAIN FEATURES* two player`s mode* game autosave on Exit* demo mode with advanced AI engine* various sound and animation effects
​ 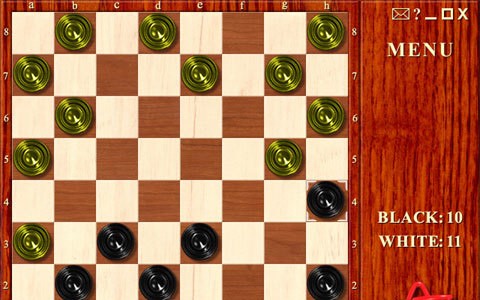 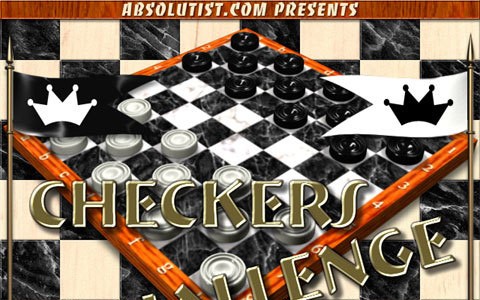