The Swords & Sandals world just got a whole lot bigger with the all-new Swords & Sandals: Crusader! Step out of the Gladiator Arena and onto the field as you lead hundreds of troops into battle against the toughest lords in the realm.Swords & Sandals: Crusader is an epic mix of fast paced arcade combat and RPG strategy. Lay siege to Castles in the pouring rain, fight a giant Cyclopes in dank swampland or send your cavalry against a horde of Skeletons in the heat of the scorching desert.Featuring particle weather and spell effects and a huge variety of army and game types, Swords & Sandals: Crusader takes off where Swords & Sandals 2 ended, as the battle against the undead Emperor Antares intensifies. The fate of Brandor is up for grabs, put on your sandals and stake your claim as the finest crusader in the realm. * Eight leaders to fight against, each with unique armies and powerful new colossuses to wreak havoc on the field * Fullscreen mode, Surround sound and improved performance * An epic Campaign mode with 41 missions across 8 chapters * All 8 leaders now feature in Survival mode: test your mettle against the best in the realm and even fight a supercolossus! * Level your crusader up to 50 with powerful new spells , army upgrades and battle skills * Conquer the Realm mode and Quick Battle modes. Duke it out for control of Brandor with up to 8 opposing leaders, or fight an epic-sized army in a quick match on any battlefield you like.
​ 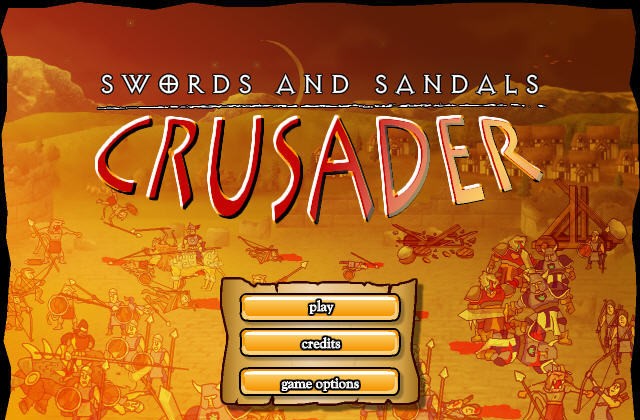 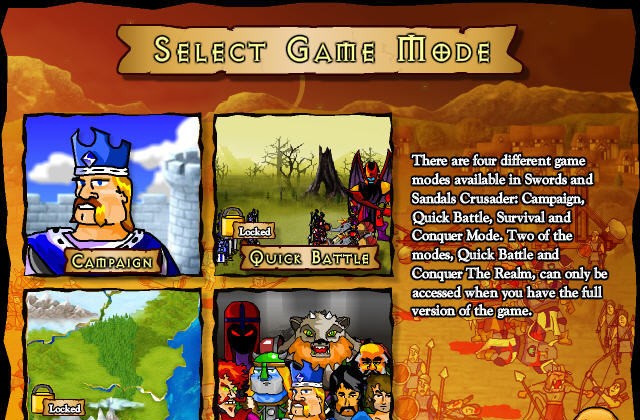 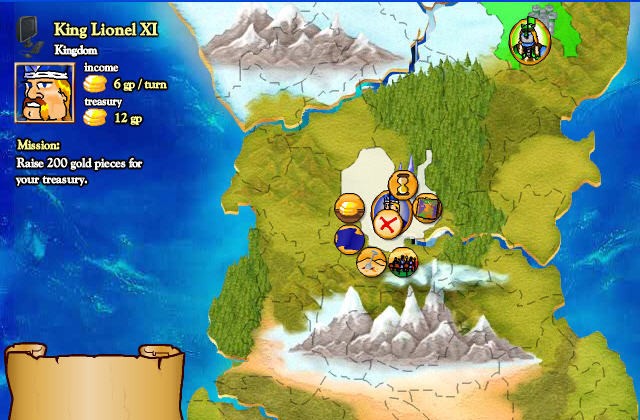