In Nethergate, a fantasy role-playing game from Spiderweb Software, the makers of the award-winning Exile series, you take part in an epic battle in ancient England. You get to play, one after another, both sides of the struggle, good and evil. The quests, puzzles, and the way characters react to you will be completely different. It.s like two games in one. No matter which side you play, Nethergate has 16 bit 3-D graphics, an elegant interface, a huge world, based on historical research, and dozens of cunning towns, fortresses, and Dungeons. Nethergate has a multitude of characters and a whole novel.s worth of plotting and dialogue, designed to immerse you in a lost, magical world. Nethergate is available on CD-ROM. It requires a PC or 100% compatible running Windows 95, 98, NT, or 2000. (100 MhZ processor and 16 bit color
​ 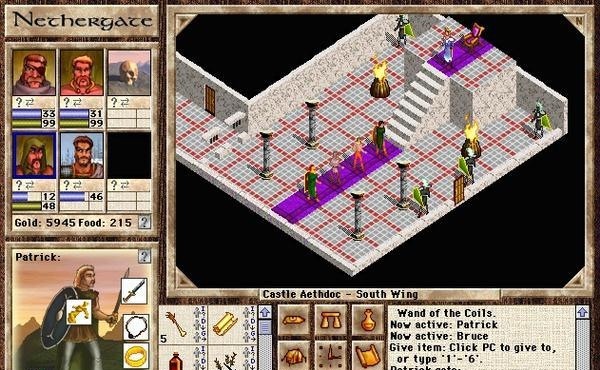