ADRIFT Generator is a program written for Windows 95/98/NT/2K/ME/XP which allows you to Create your own Text Adventures (Interactive Fiction). Instead of having to learn a new adventure programming language, ADRIFT Generator takes all the difficulty away leaving you with a simple, yet powerful game designer. Adventures are built up by adding rooms, objects, tasks, events and characters. All you have to do is type in the descriptions, and select how everything interacts with each other from pull down menus and lists.ADRIFT Runner is the application which takes the adventure files created with ADRIFT Generator, and interprets them as an adventure. ADRIFT Runner attempts to recreate the traditional adventure environment as introduced to computers when adventures first came out, but it also improves on this by suppling extra functionality such as a real-time map, optional control panel (to use the mouse instead of keys), general point-n-click, colour customisation, automatic text completion, and a highscore table
​ 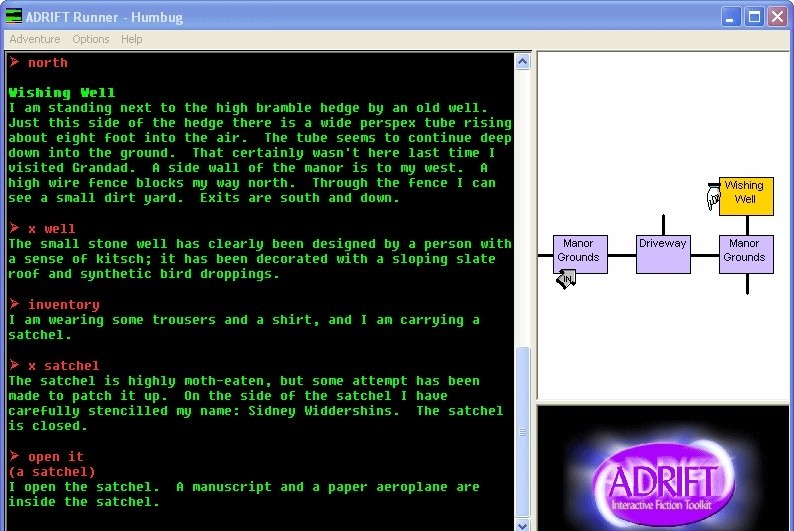