Description - June 22 - Enemy At The Gates


"June 22, Enemy At The Gates" is an arcade tank game.22 June 1941 started a strategical offensive by nazist Germany against Soviet Union.You are driving a WW2-era Soviet tank. The purpose of the game is to protect your HQ (Headquarters) at all costs, preventing approaching enemy tanks from destroying it. So you need to destroy German tanks before they destroy either your HQ or yourself.Enemy becomes stronger and stronger with every new mission, so it becomes harded to protect your HQ. Will you be able to pass this all till the victory?Enemy tanks are differing from each other and could be of several kinds."Commander" tanks can appear during the game, darker than usual ones. It is suggested to destroy them as soon as possible. When such tank is hit, a bonus appears somewhere on the map. Pick it up! This will help you in the game.50 absolutely new missions are made for this game. Besides, there are 35 "classical" missions presenting a remake of the original levels from the Famous Nintendo game. Plus there is a possibility to Create an unlimited amount of your own missions, using the Map Editor.Also in the game there are:Several different landscapesCustomizable view of the battlefieldJoystick and gamepad supportGood luck! Enemy will be defeated, we will gain a Victory!
​ 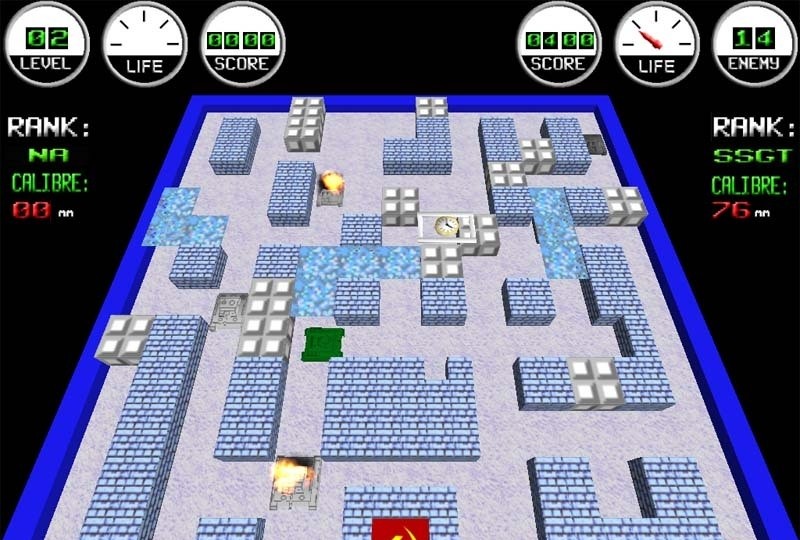