2006 FIFA World Cup is the official video game for the 2006 FIFA World Cup, published by EA Sports.The game allows players to participate in the 2006 FIFA World Cup held in Germany by taking control of one of 127 national teams. Since the release of the game 2002 FIFA World Cup, the menus have been redesigned and have more options. It even includes a satellite map when choosing countries to play in a Friendly.The online service provides lobbies, leaderboards and a global challenge mode where the player can play through over forty historical World Cup scenarios, and even change the history.By playing online and in single-player mode, spending points for the virtual store are earned, where players can purchase uniforms, historical players, various footballs, boots, and gameplay options. As with the previous World Cup video game, matches in World Cup mode are played in the same order as at the World Cup in Germany
​ 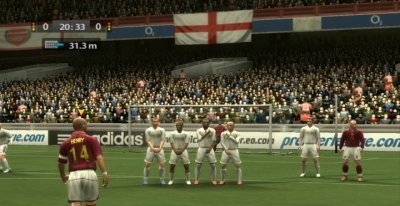