: The unique strategic board game "Four Empires: Bush against terrorists" looks similar to Monopoly, but the rules and scenarios are quite different: you will be able conquer cities of rivals, conduct active battles against them, conduct nuclear tests and embark on a nuclear race.In that game you can play a scenario of the third world WAR Between Russia, USA, China, and the European Union and you`re able to play the scenario "Bush against terrorists" in which you represent the American side against Iran, Syria and Iraq.14 cities, which at the beginning of game are distributed between players, are placed on the playing board. A purpose of game is a conquest of 10 cities in the individual game and 12 cities in the team game. You can buy units for protection of cities, buy units to active army, attack the cities of rivals, conduct nuclear tests and embark on a nuclear race in the proper sectors on the playing board.
​ 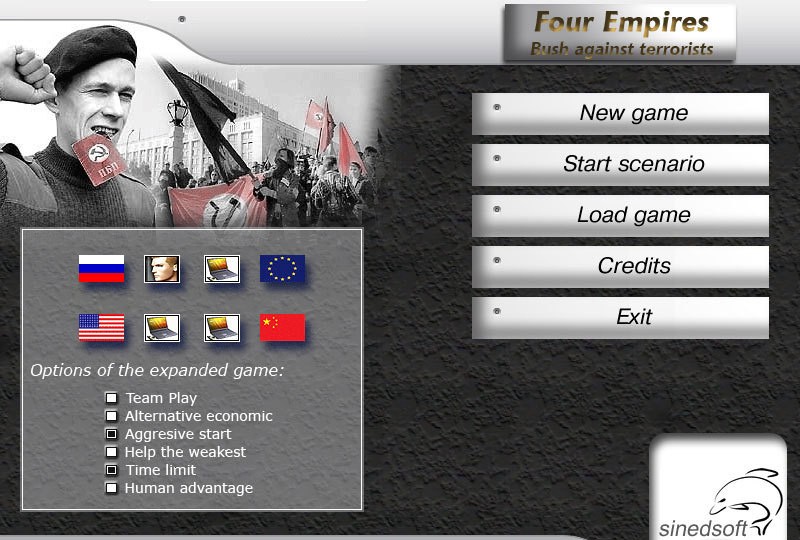 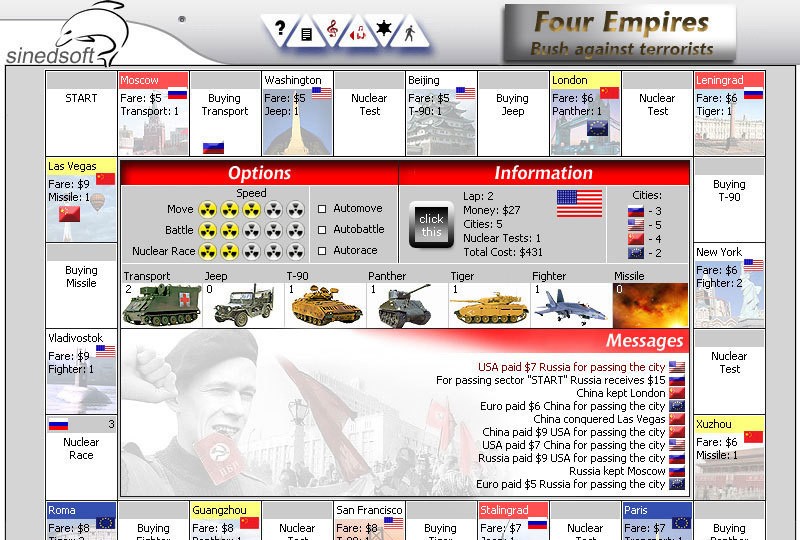 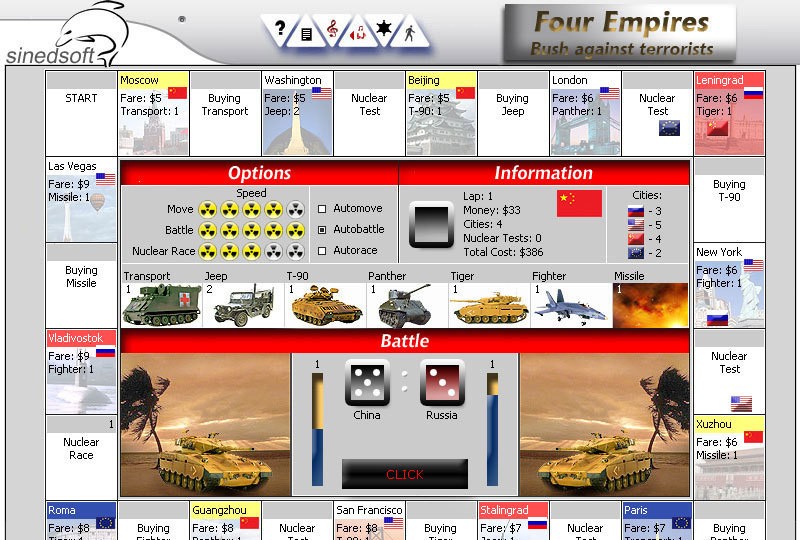